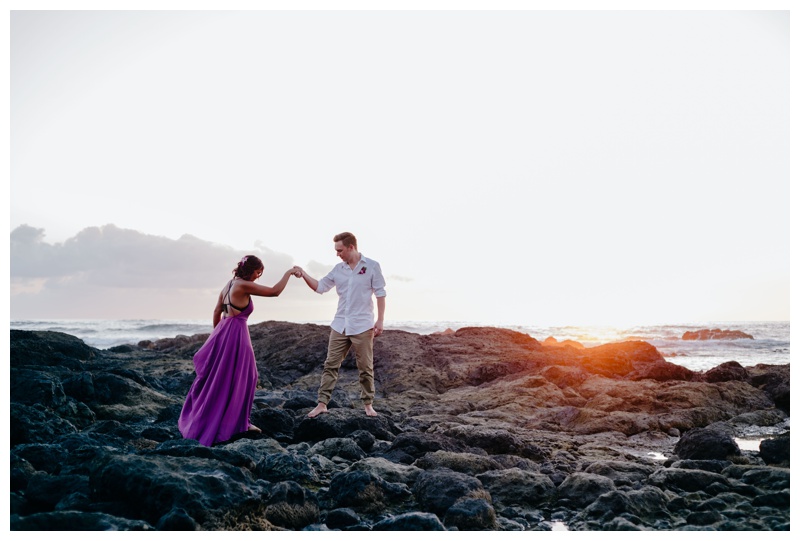 Overlooking Lake Michigan, Michael secretly hit record. The setting was perfect – the sun was about to set and Michael and his girlfriend Rudy were at one of their favorite spots. Michael dropped to one knee and asked Rudy to spend forever with him. Tears were shed, not only by Rudy, but by Michael as well. Rudy happily said, “yes” – – it was a beautiful sunset proposal. Deciding to elope to make it official, what better place to follow-up Rudy’s sunset proposal than eloping to Costa Rica, the land of magical sunsets? 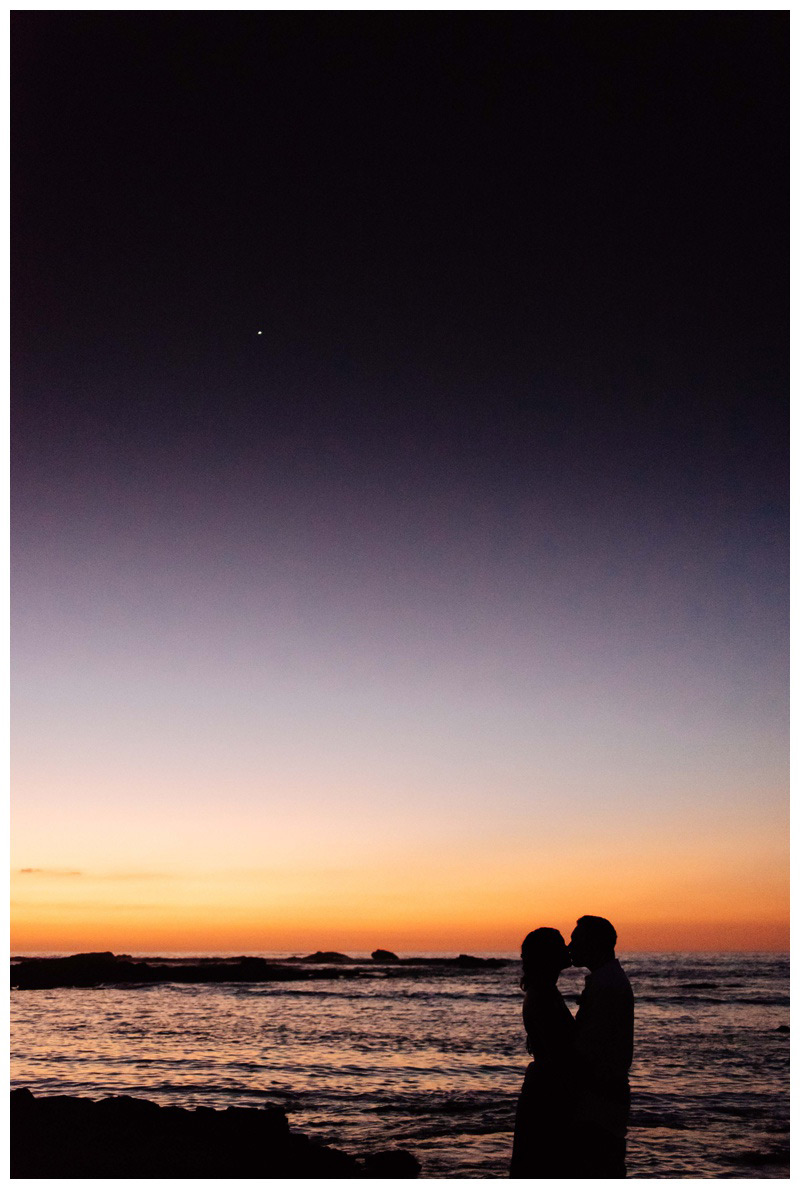 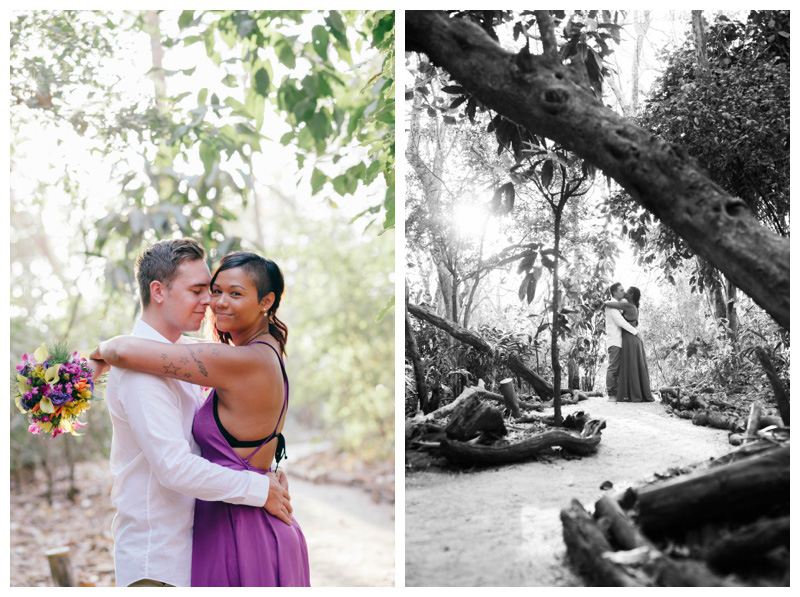 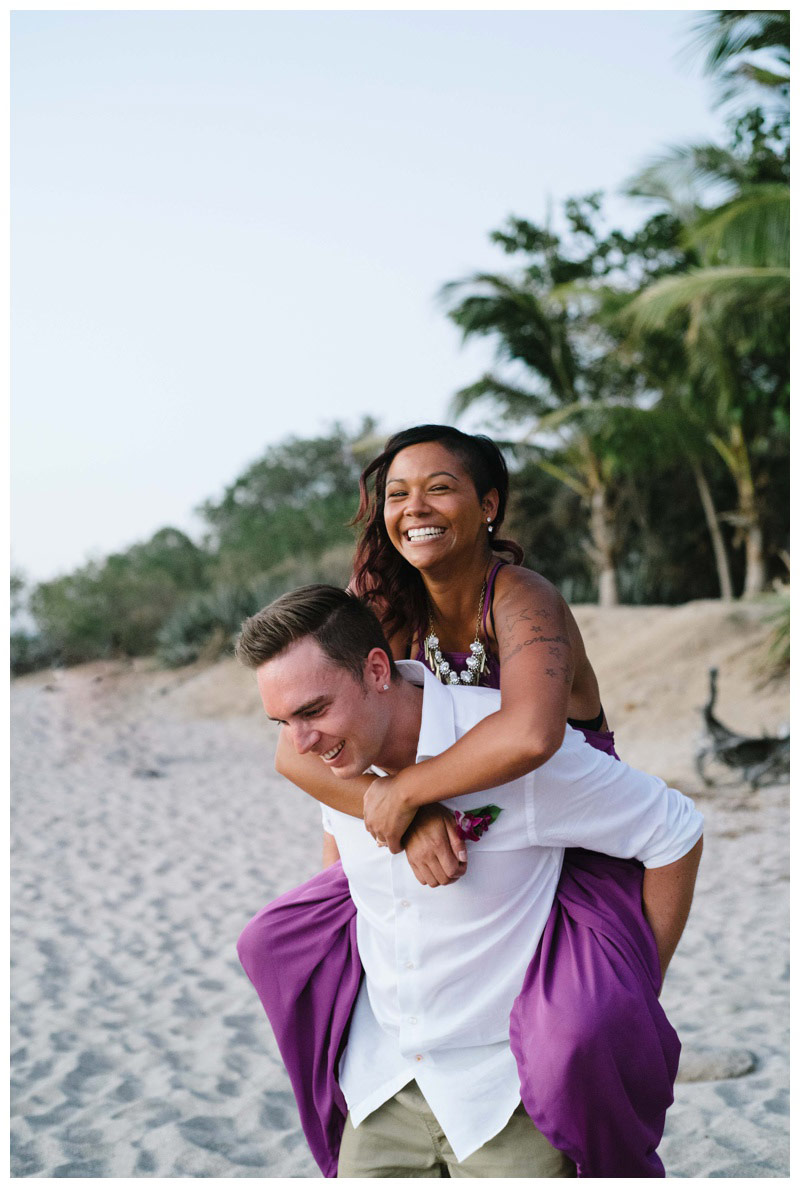 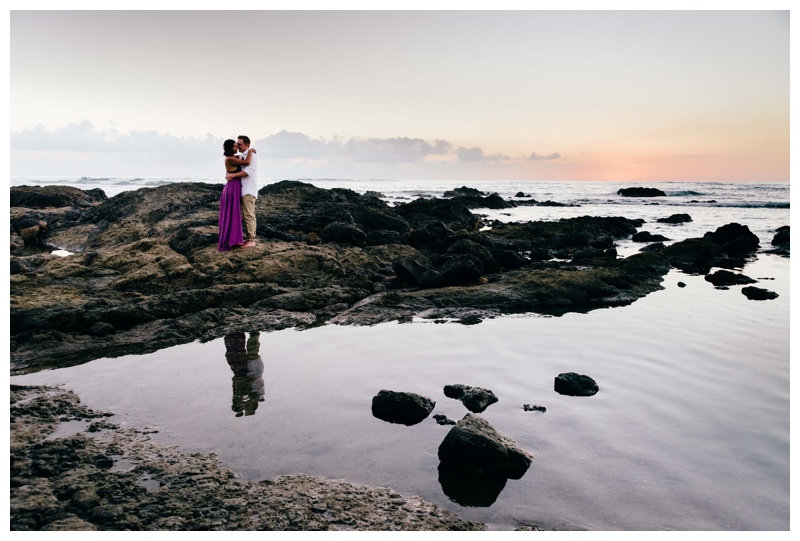 Rudy and Michael share a mutual love of travel and surprisingly, neither of them had visited Costa Rica before. They originally were just planning a vacation in Costa Rica, but the vacation quickly evolved into an elopement as well. As Rudy said, “Originally we were only planning a trip, but figured, what the heck – – let’s get married!” Combining their trip with an elopement and a honeymoon in Costa Rica,  Michael and Rudy spent three weeks exploring paradise. The couple started in Manuel Antonio and made their way to La Fortuna before heading to the beaches in Guanacaste. They paddle boarded beautiful Playa Danta and explored the surf town of Tamarindo. And on a beautiful afternoon in Pura Vidadise, Michael and Rudy tied the knot on the the beach in Playa Langosta as the sun began to set. 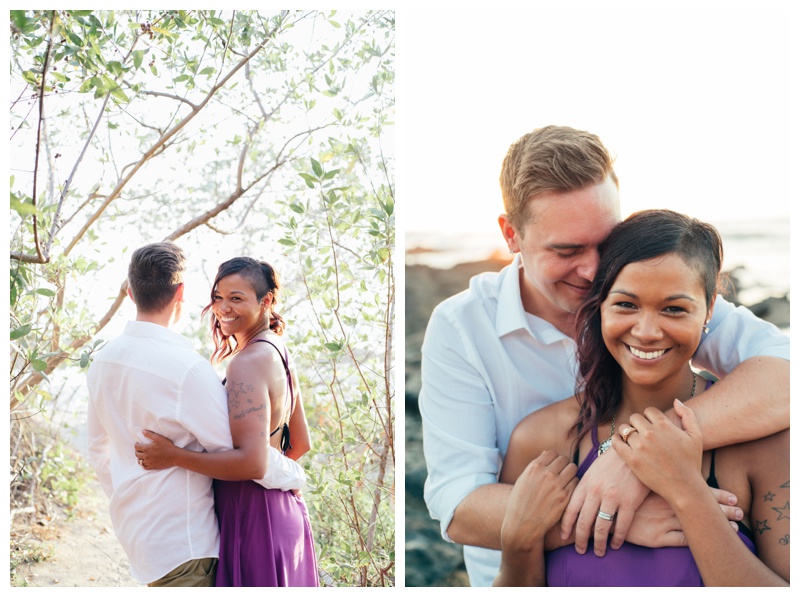 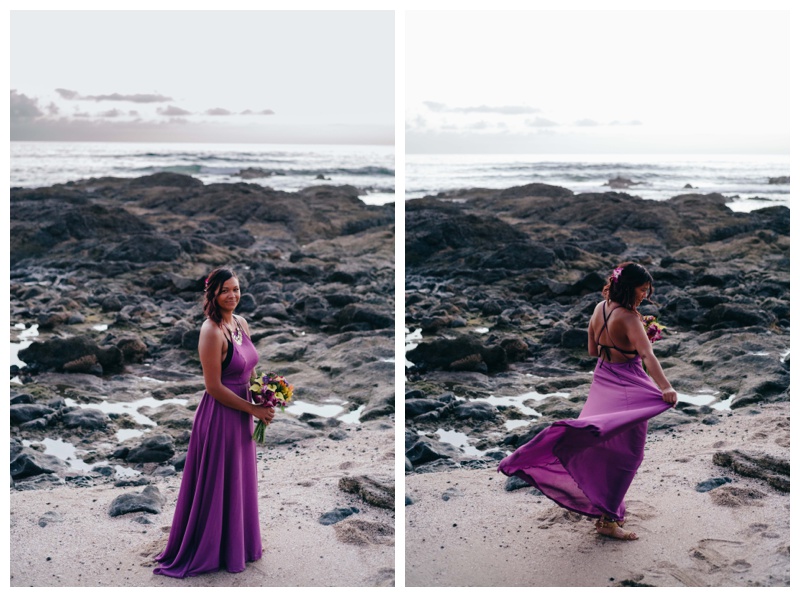 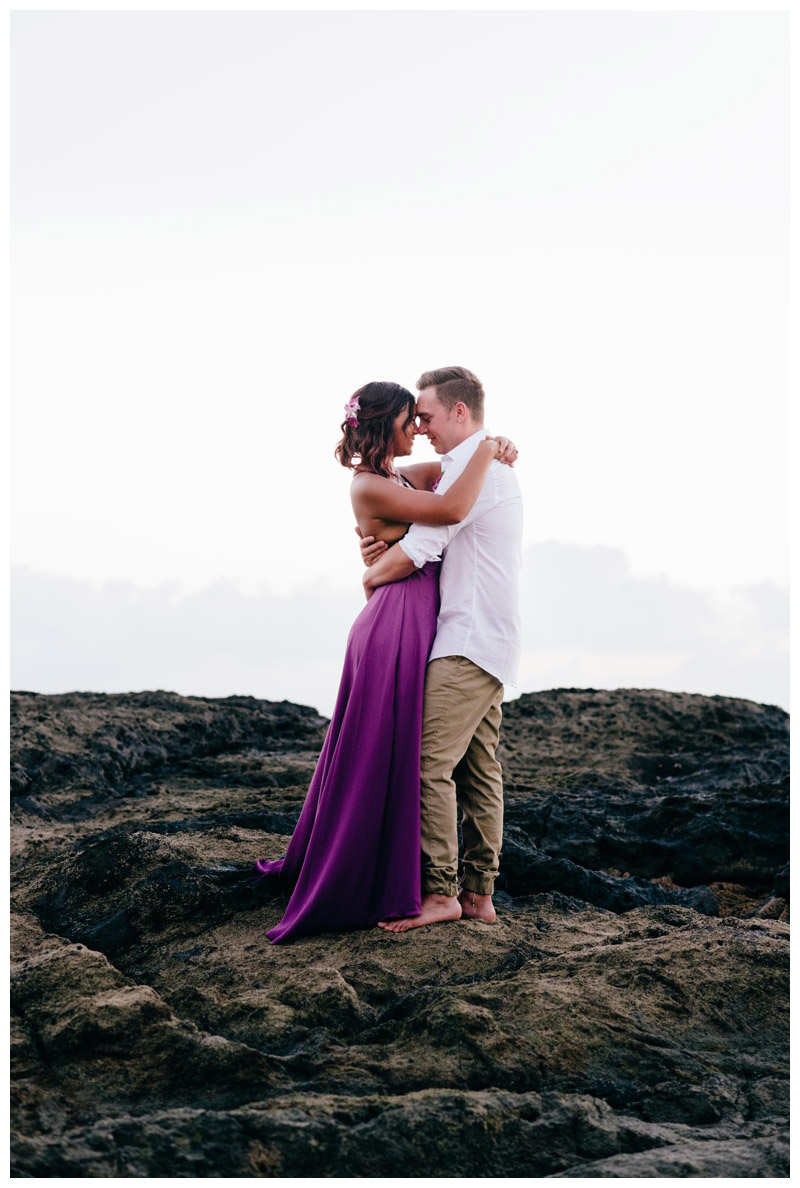 Rudy glowed with happiness and rocked a purple wedding dress — just because Rudy was getting married didn’t mean she needed to wear a white dress! Especially since Rudy’s favorite color is purple, a purple wedding dress only made sense! Rudy and Michael simply radiated with love for one another. To think it all fortuitously started when Rudy took a break from work and pursued a new job opportunity – – that job opportunity just so happened to be where Michael worked. Flash forward several years later, Rudy and Michael started their next chapter as husband and wife. 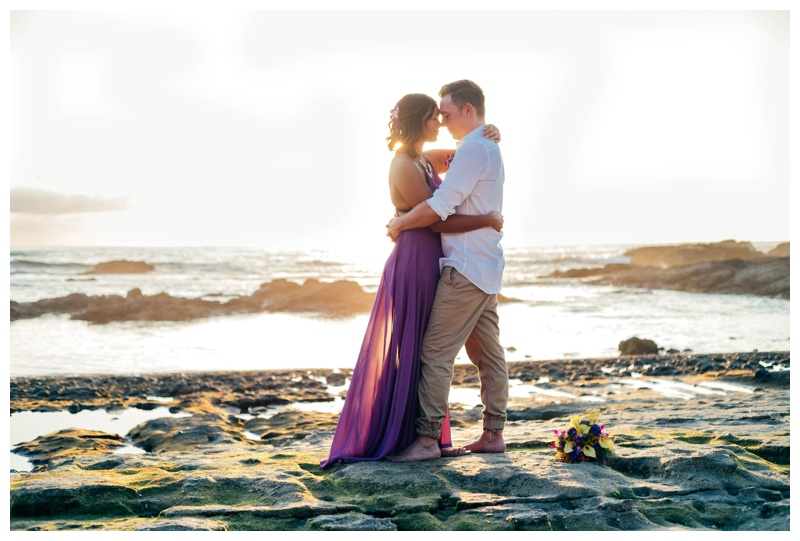 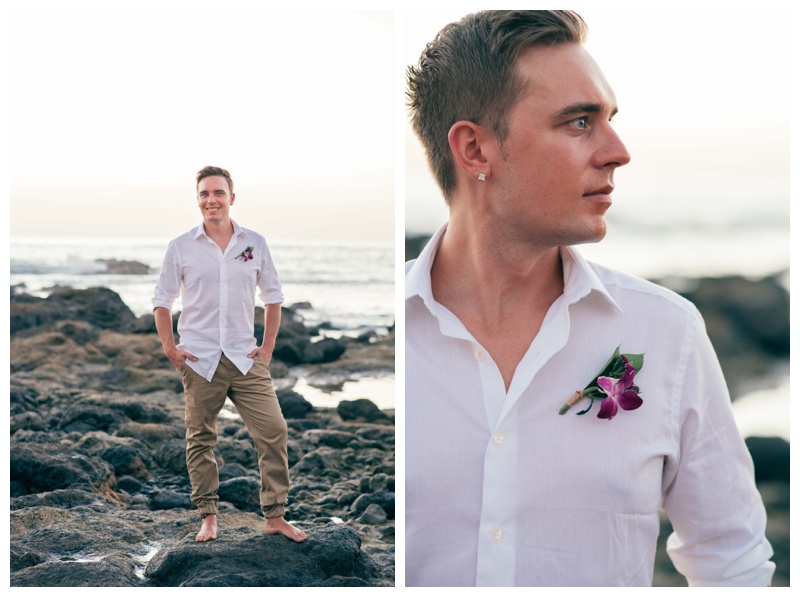 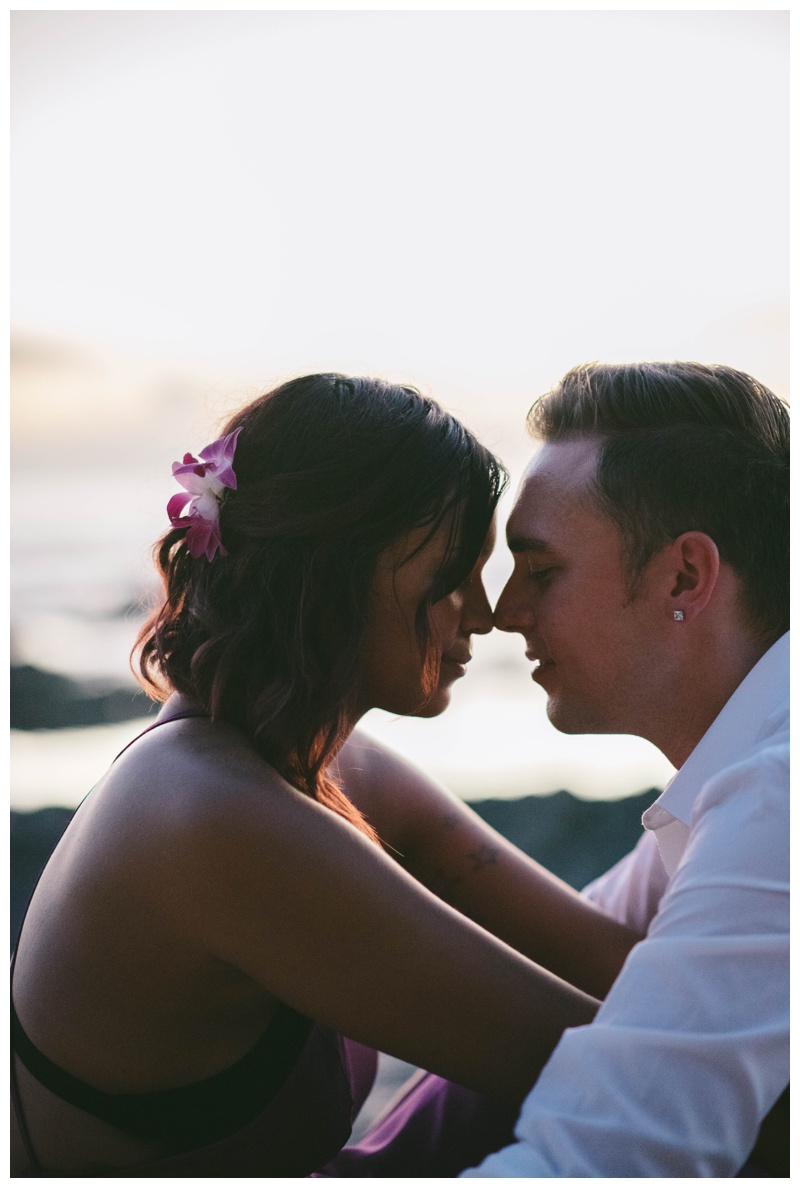 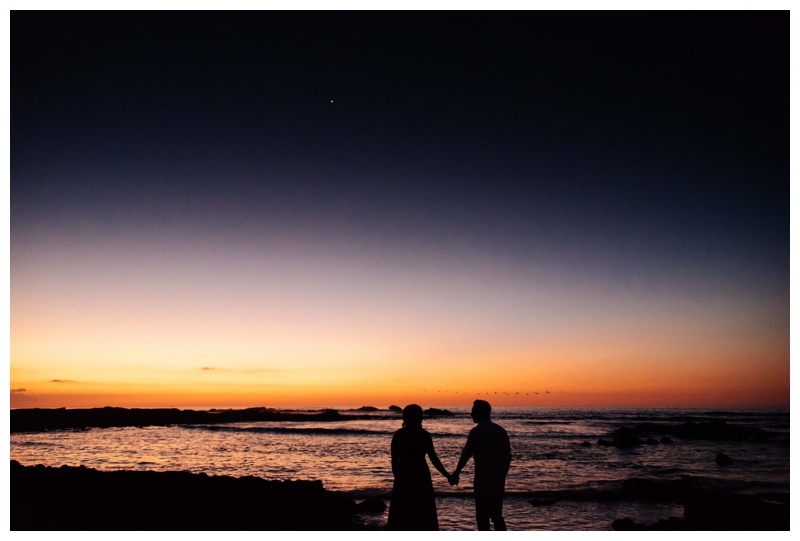 P.S. Thinking of a honeymoon in Tamarindo Costa Rica? Check out my 7 Most Romantic Places to Watch Sunset in Guanacaste, Costa Rica!