The last night of beach vacation in Costa Rica usually is bittersweet. With all the fun outdoor adventures, beautiful beaches, and new friends made, it it really is hard to say “hasta entonces” (until next time) to this Pura Vidadise! And that’s exactly how Sarah felt on her last day of her Costa Rica trip with her boyfriend Austin…until she realized Austin was down one one knee, proposing to her as the sun was starting its descent over the Pacific Ocean. Little did she know, Austin and I had been planning this surprise golden hour beach proposal in Tamarindo to her for weeks!

From the moment Austin emailed me, detailing his proposal vision – on the beach during sunset, with a romantic natural rug and flower setup, I knew his golden hour proposal was going to be nothing short of pure magic. I immediately roped in Los Primos Designs for the setup, and all Austin’s proposal vision was in the making. In fact, Austin had been waiting since December for the right moment to ask Sarah! And for Sarah? She simply has this feeling that it was going to happen in one of the most special ways. 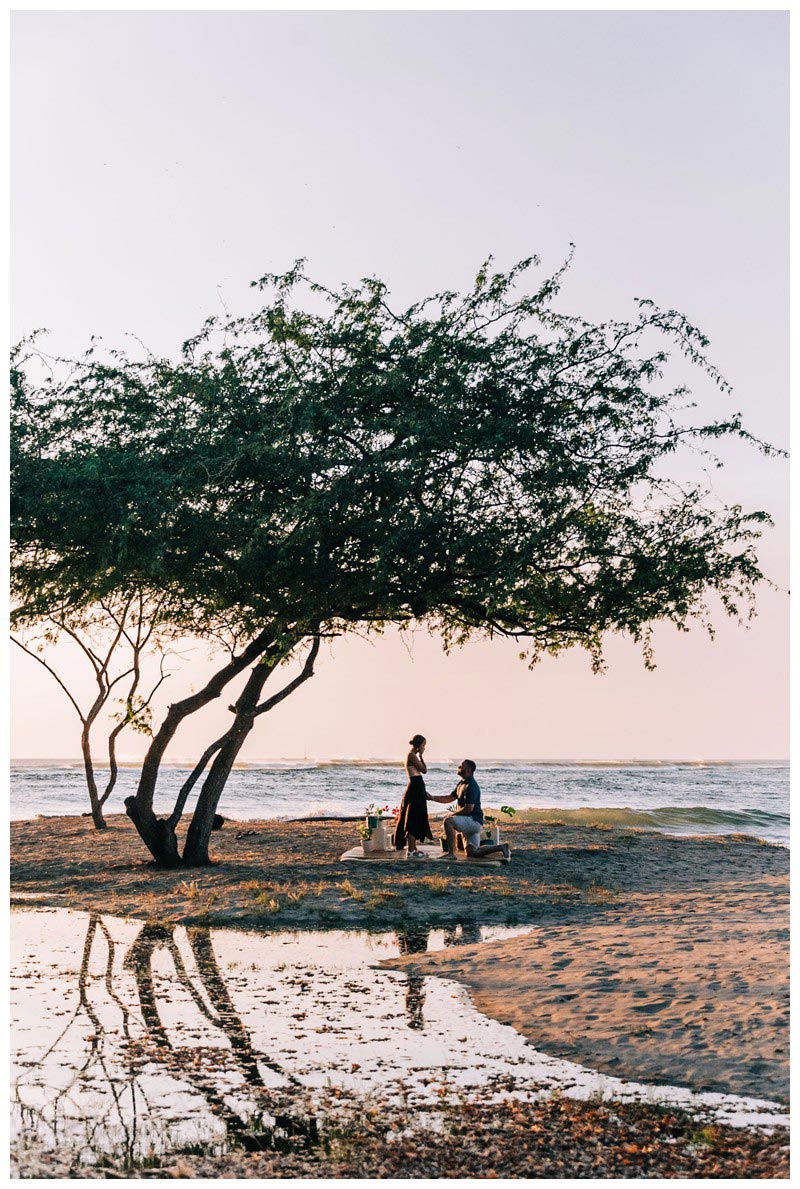 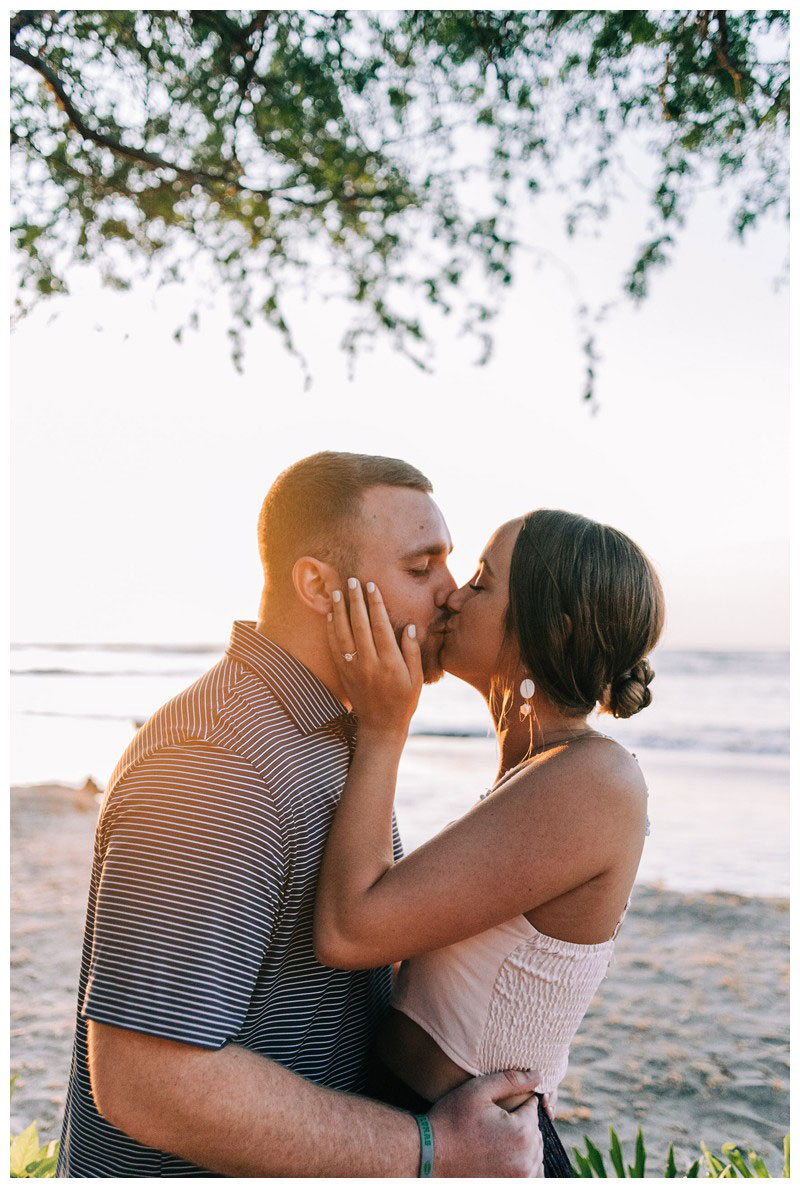 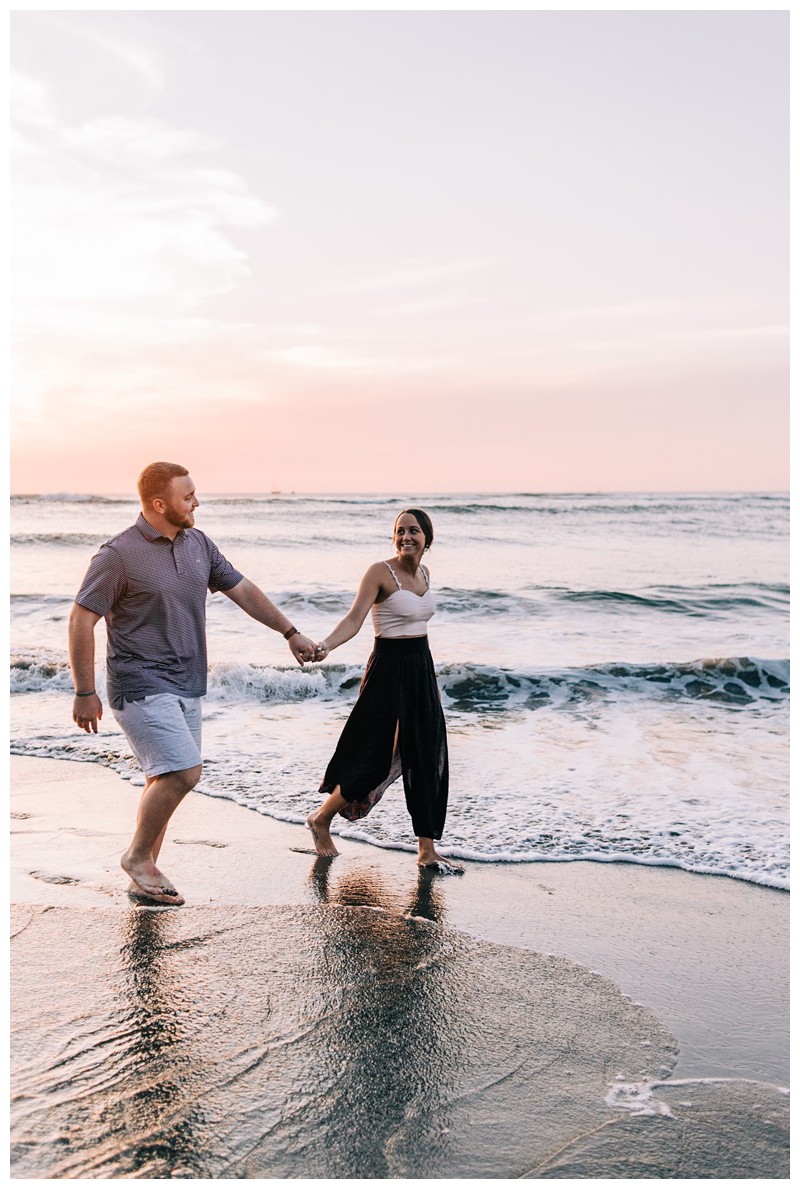 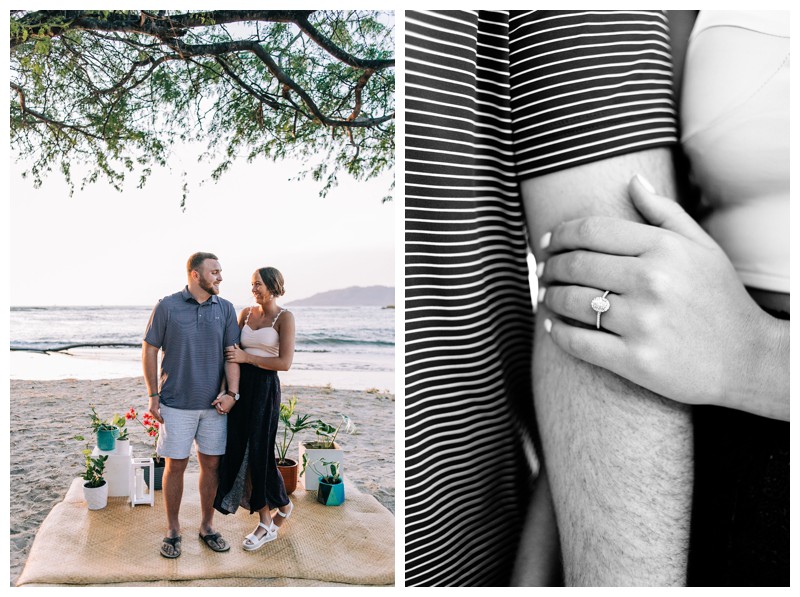 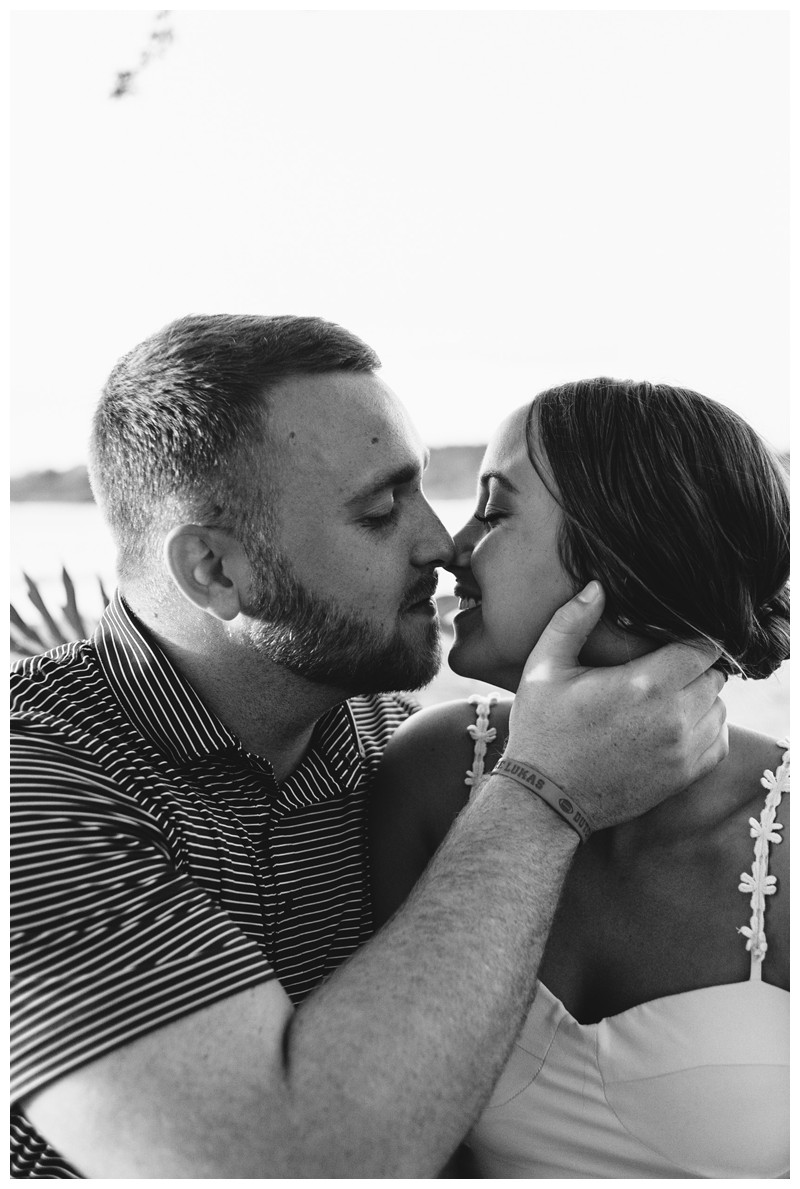 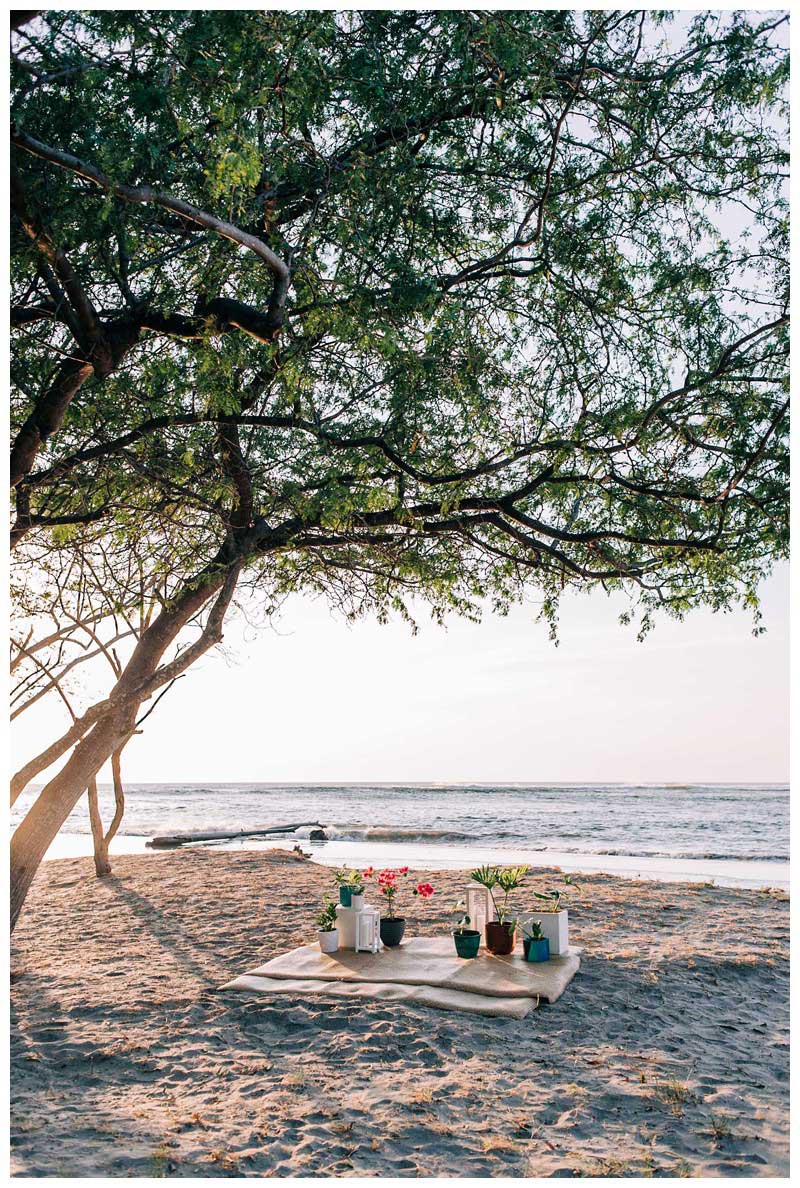 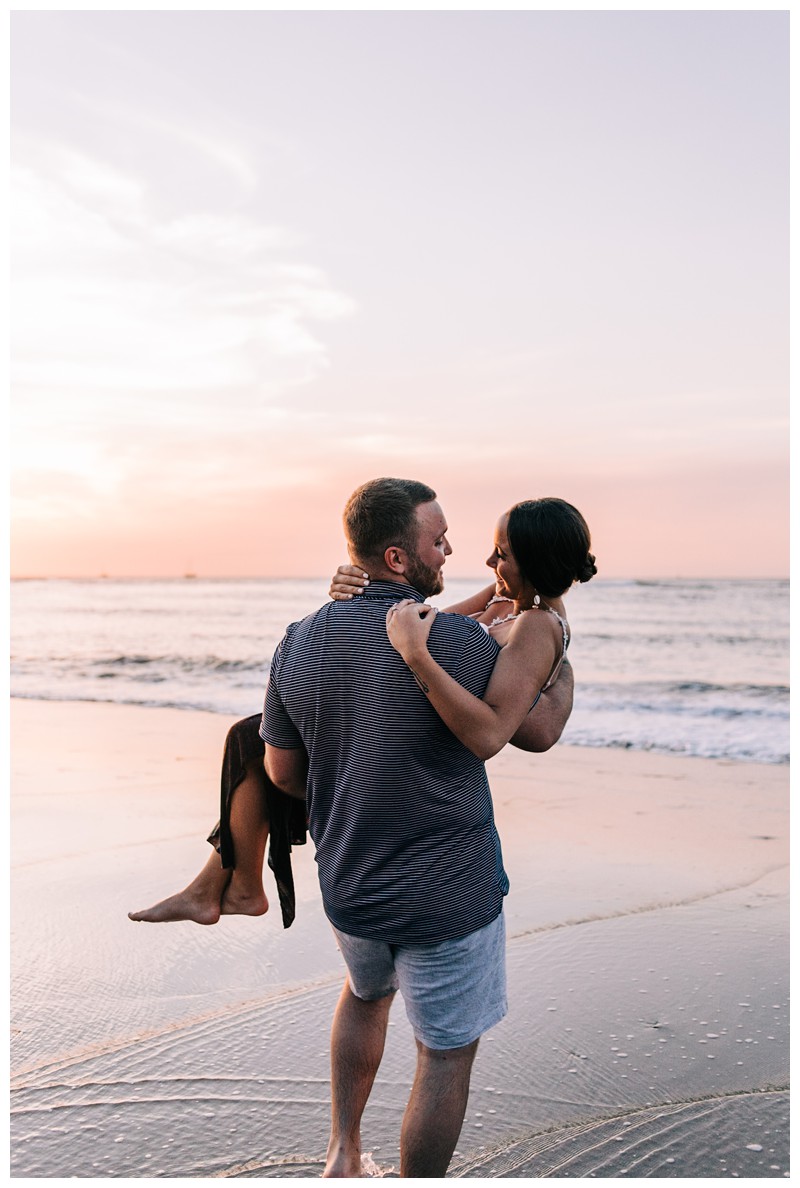 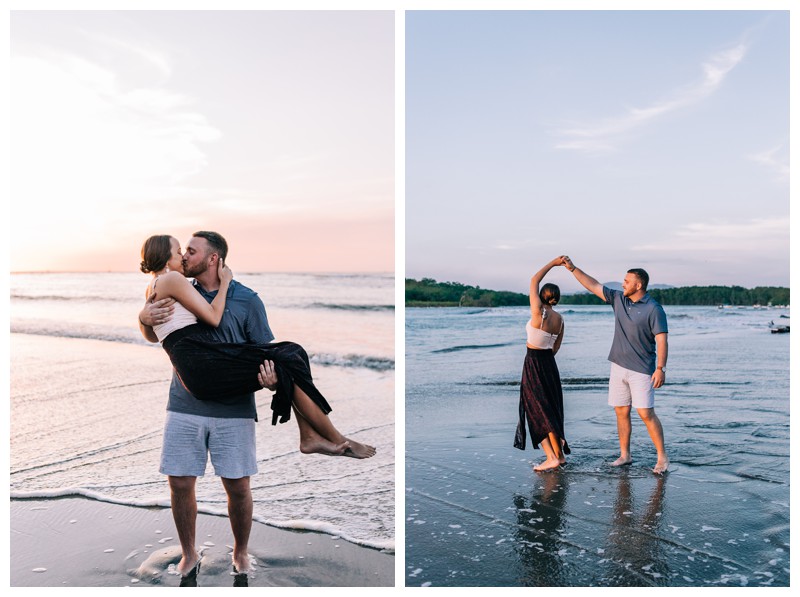 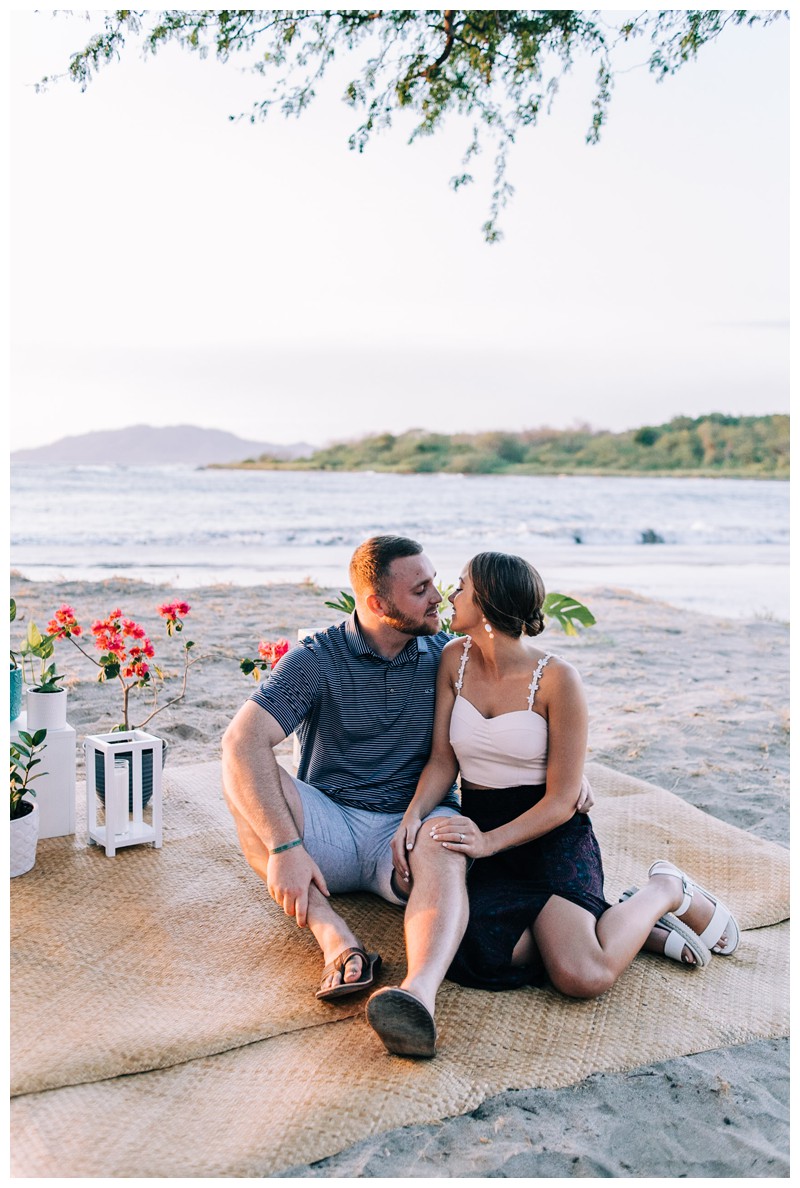 P.S. Thinking of a beach proposal in Tamarindo Costa Rica? Check out my 7 Most Romantic Places to Watch Sunset in Guanacaste, Costa Rica!