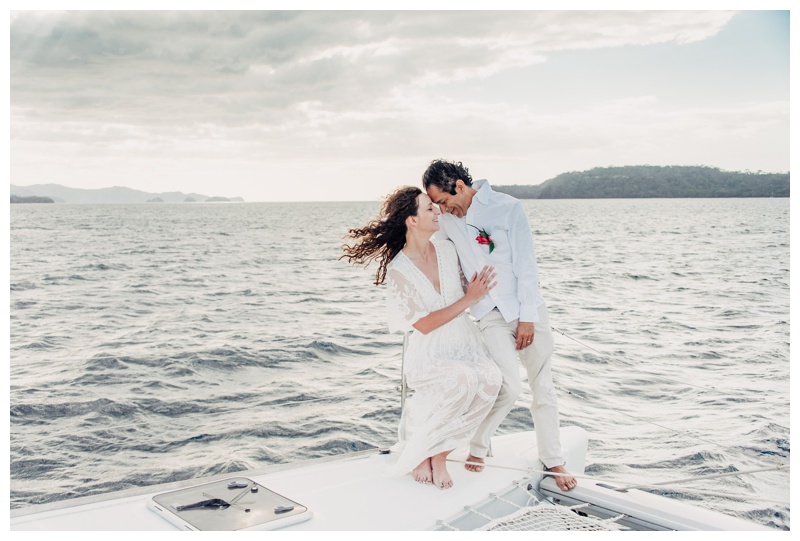 Kelly and Roger share a love of travel and outdoor adventure. So it only seemed fitting that Roger ask Kelly to marry him on one of their weekend adventures during a twenty mile bike ride in Fredericksburg, Texas. Except for from the beginning of their ride, Kelly was not too enthralled with this bike adventure — or as she said, “I was being a complete butt, complaining and all.” Midway through the ride, Roger stopped at a beautiful tree off the road and started fiddling with his shoe laces. Kelly, anxious to get the ride over and done with, was trying to get Roger going again. Until Roger pulled out an engagement ring, completely surprising Kelly. To say the least, Kelly didn’t complain one bit the rest of the ride. 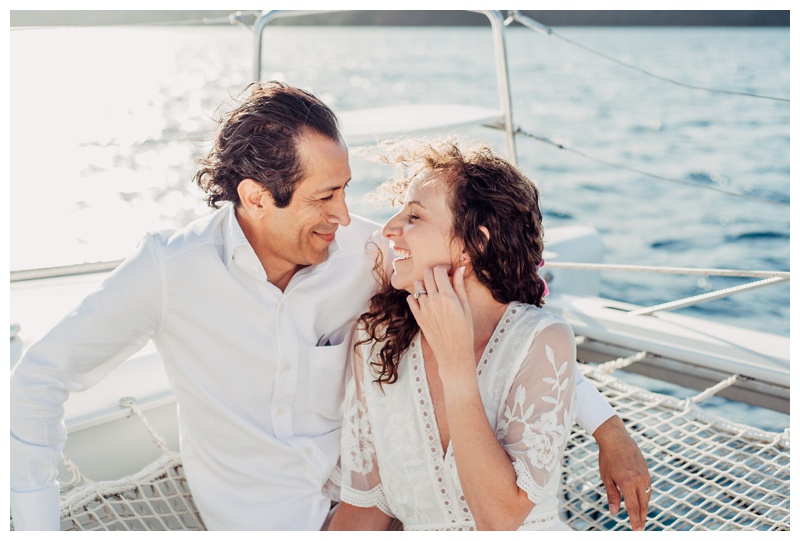 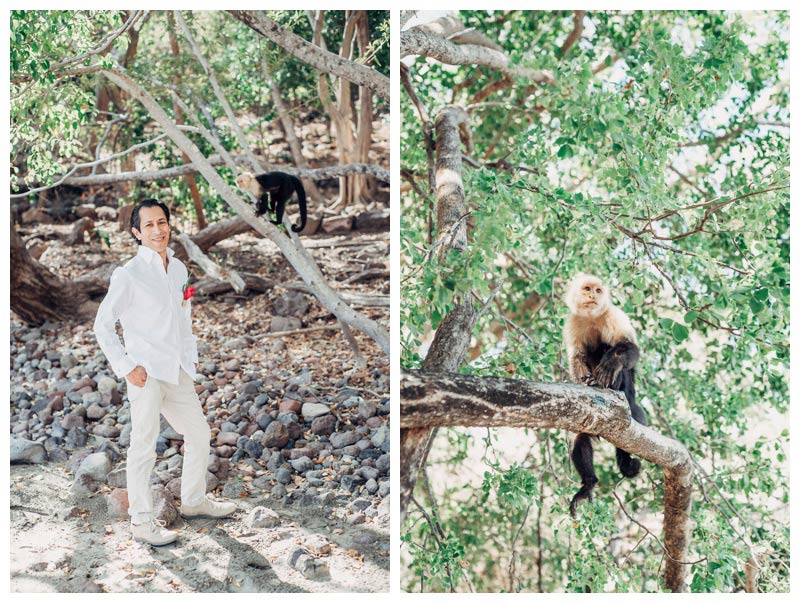 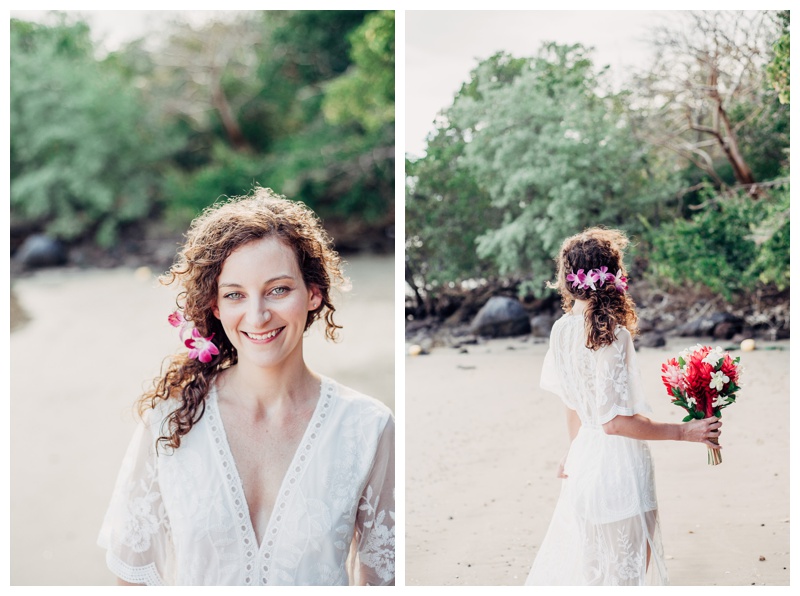 With the proposal on a twenty mile bike ride, Kelly and Roger knew that eloping to Costa Rica was just up their alley. And with their love for adventure, why not have a private sailboat elopement in Costa Rica?! It was perfect. 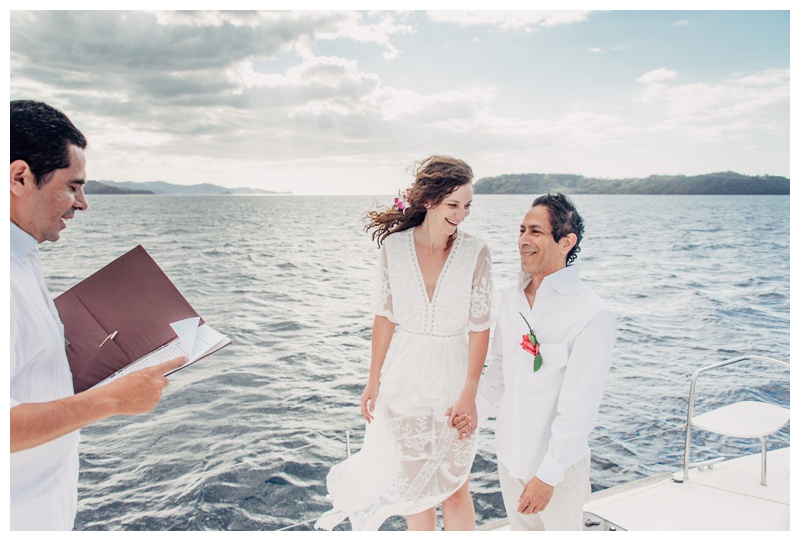 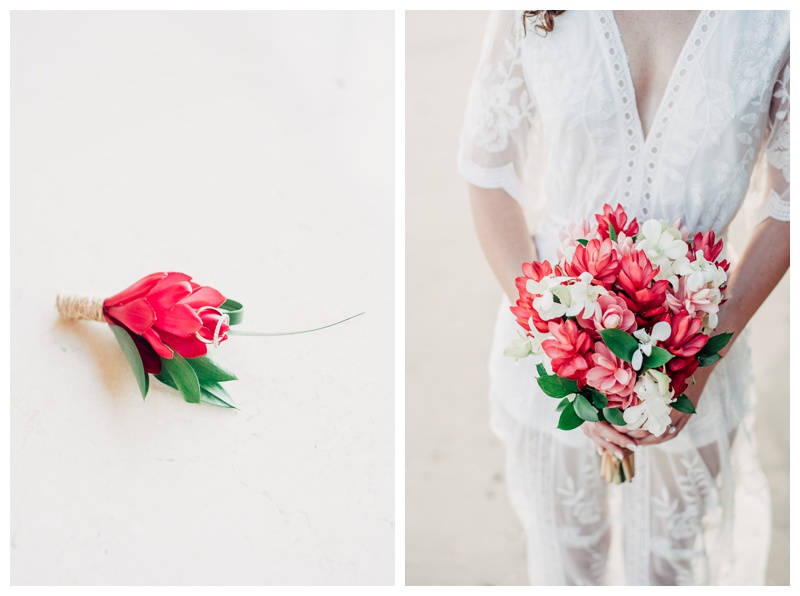 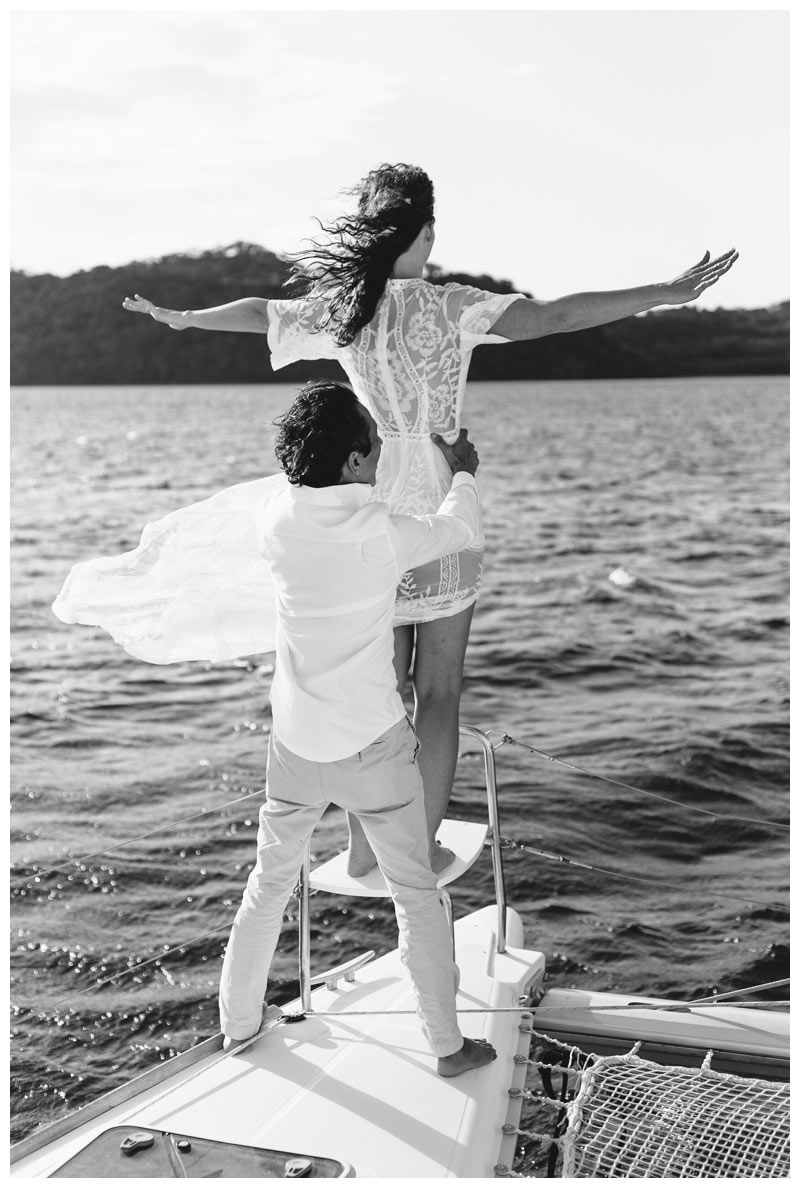 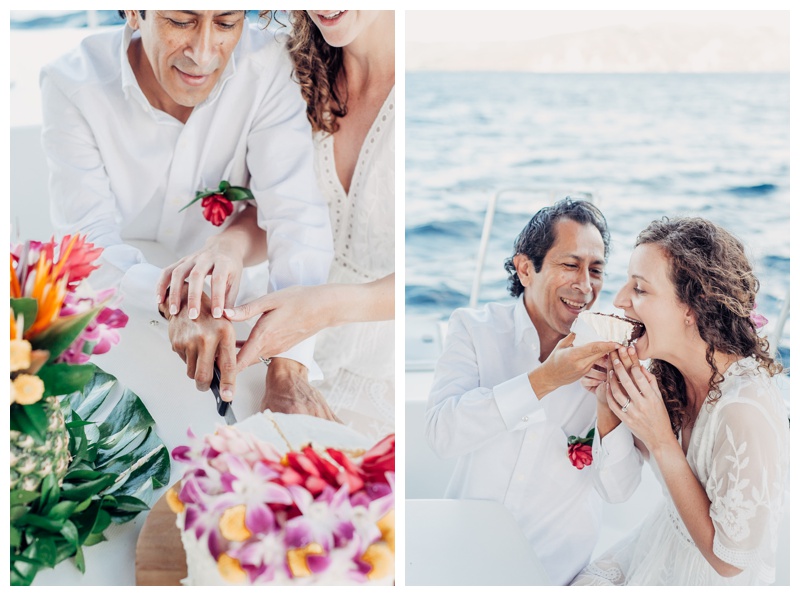 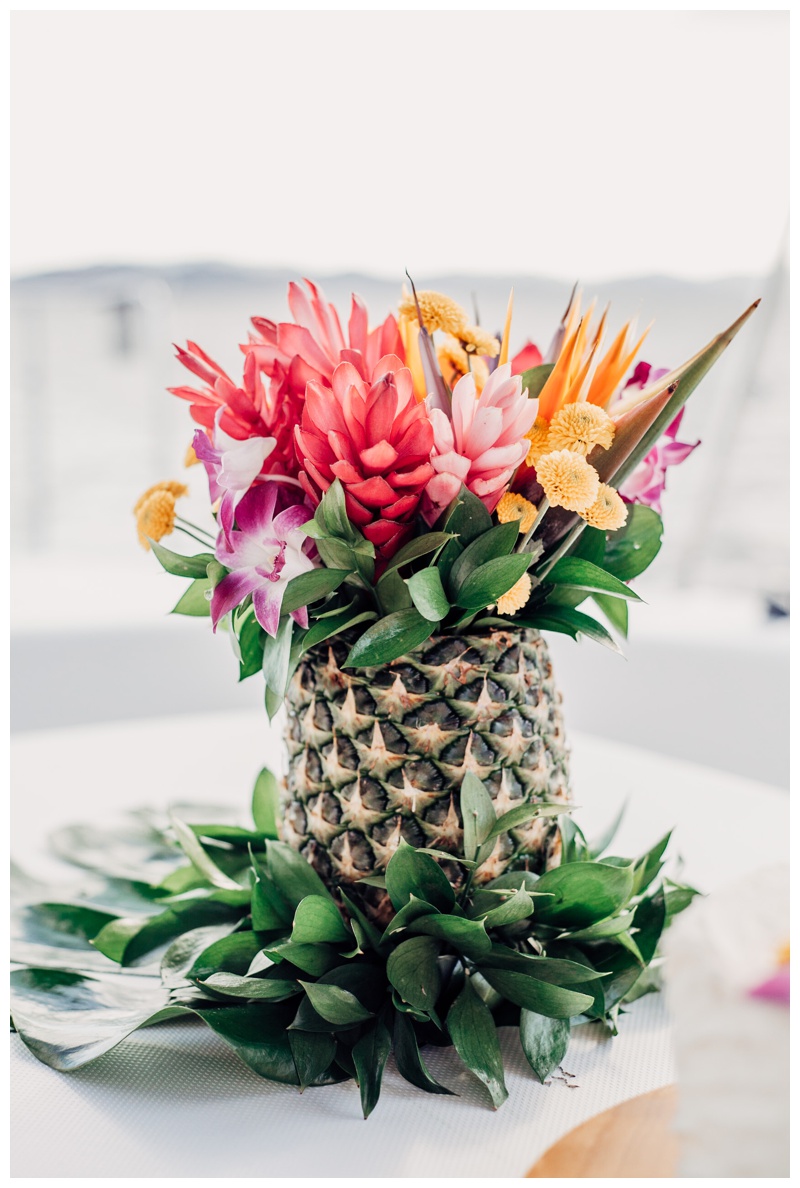 Kelly and Roger simply radiated with happiness. It was a perfect afternoon for a private sail on the Pura Vida II, the sun rays spilling from the clouds and such a refreshing breeze. The crew picked up Kelly and Roger at the Andaz Papagayo and whisked them away to the catamaran. Kelly was a vision in a perfect beach wedding dress from Honey Punch. As the couple exchanged vows, they were united with a beautiful rosary belonging to Roger’s family. And what better way to celebrate their “I-Dos” than a delicious chocolate cake and snorkeling in Costa Rica’s beautiful waters? Yes, it was beautiful. It was magical. 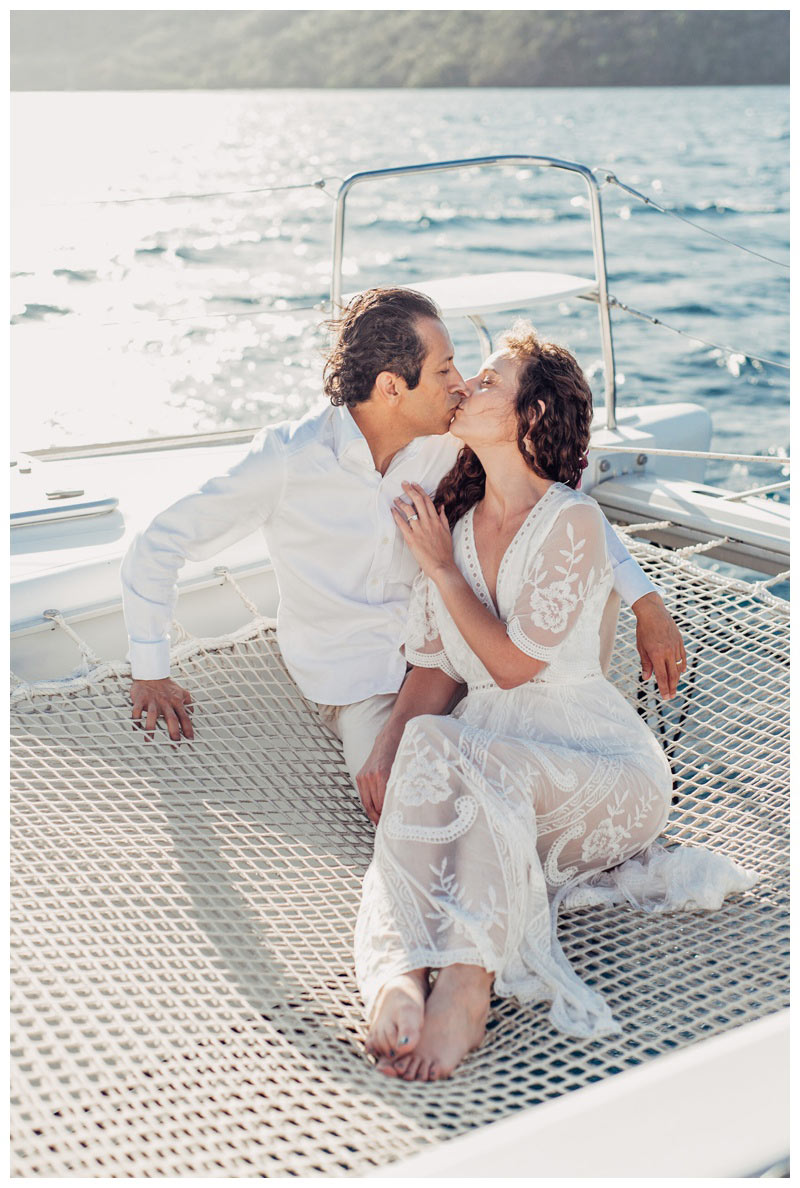 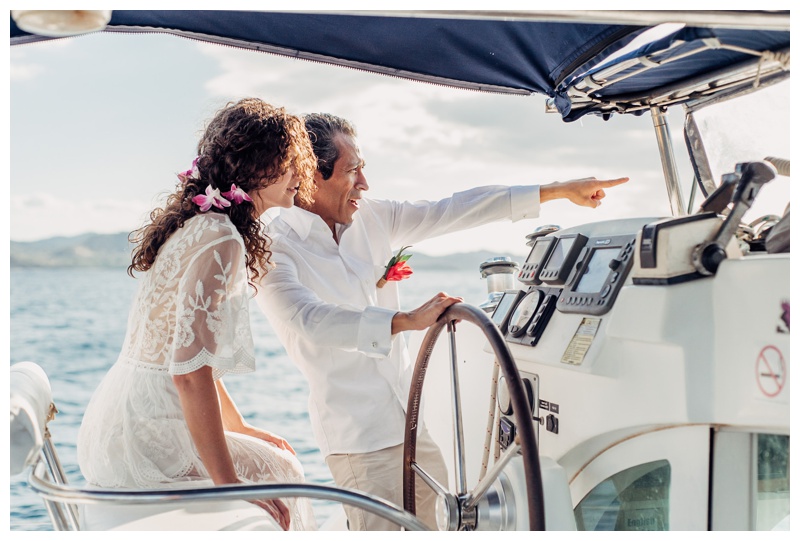 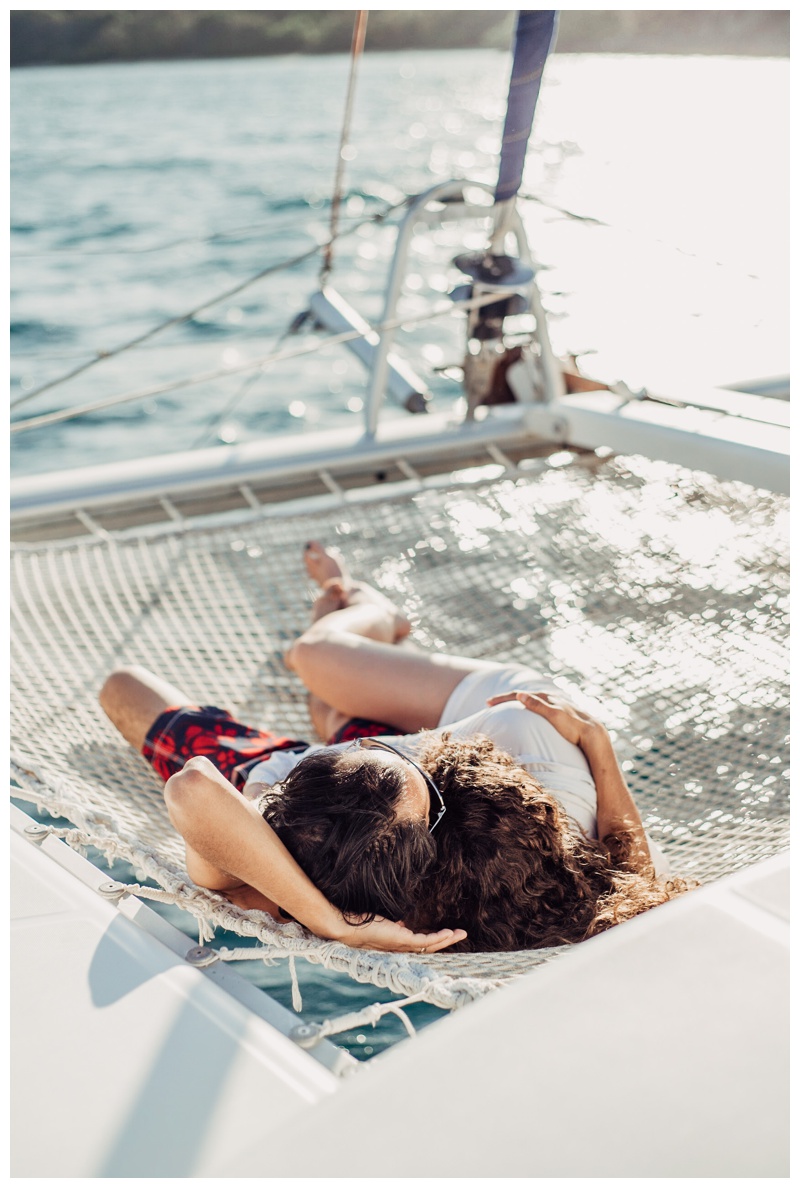 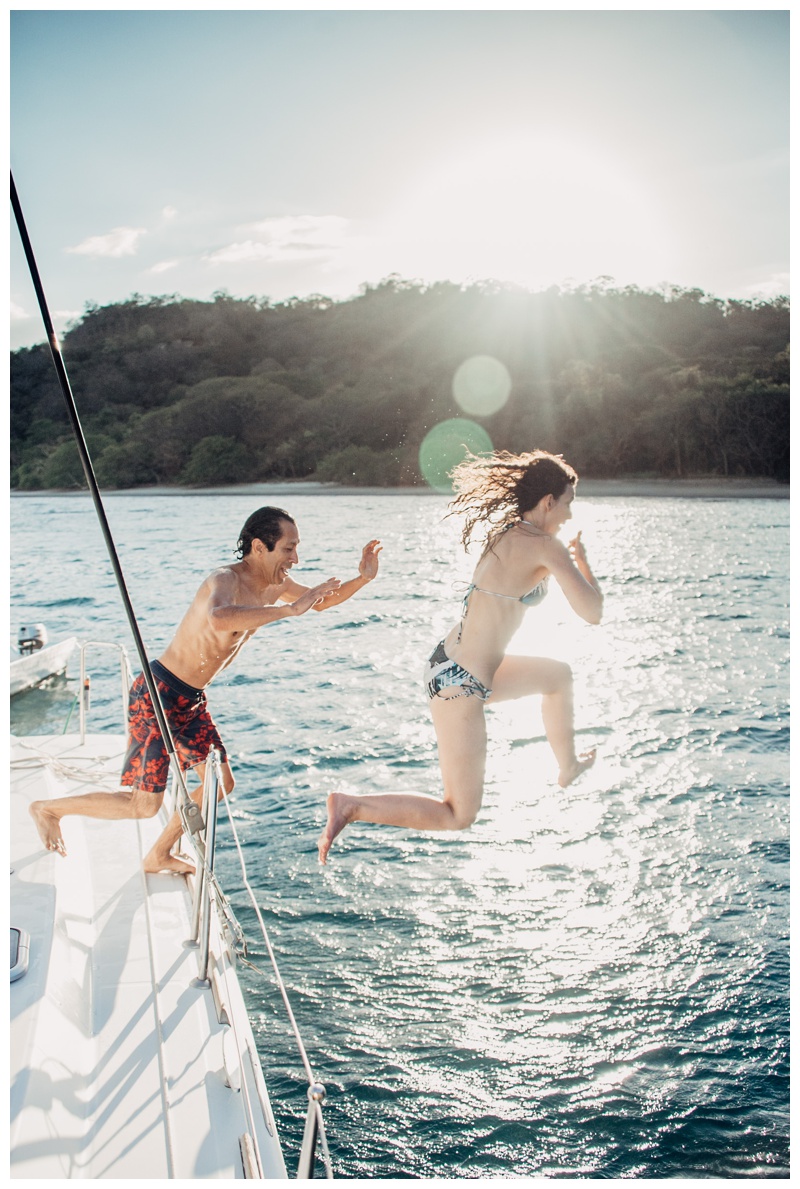 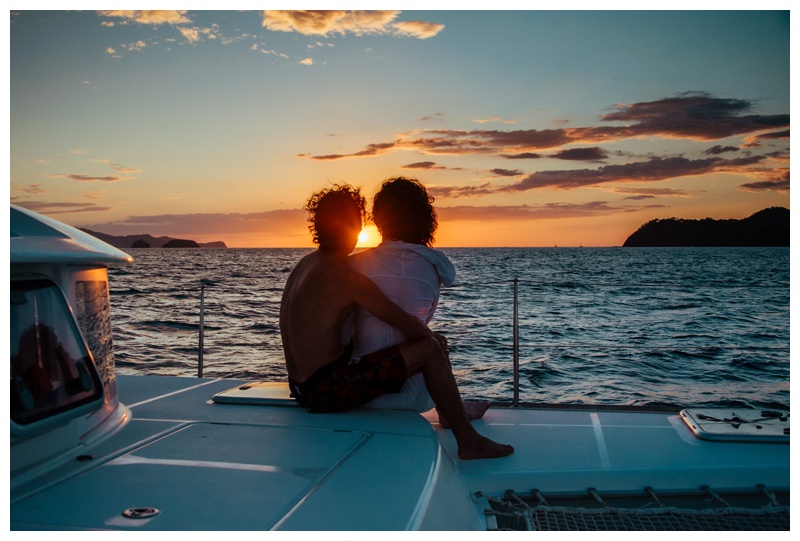 P.S. Thinking of eloping in Tamarindo Costa Rica? Check out my 7 Most Romantic Places to Watch Sunset in Guanacaste, Costa Rica!