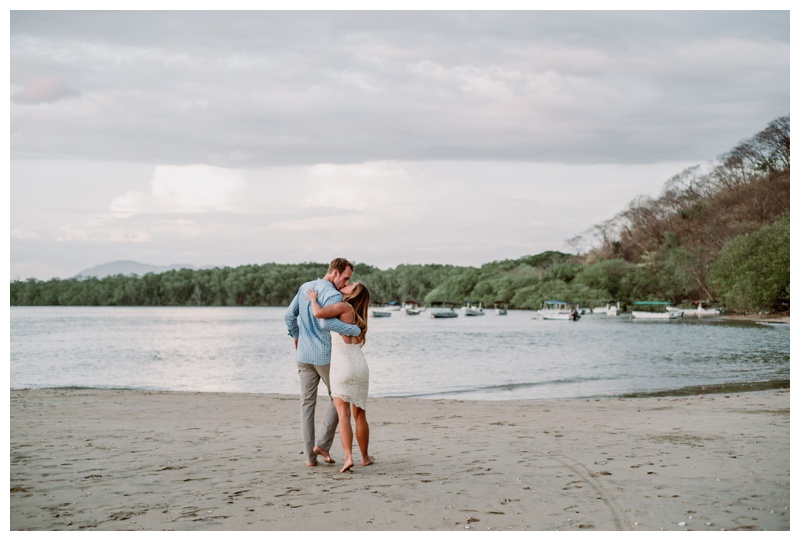 There’s just something about Costa Rica that entices you to pack your bags, quit your job, and move to this tropical Pura Vidadise. It’s developed, yet still wild. The warm water, beautiful waves, sunshine year round, and jaw dropping sunsets are just a couple of things that lure you in. And almost ten years ago, Julie and Nick both individually felt Costa Rica’s pull and decided to trade in their corporate suits in San Francisco for surfboards in Costa Rica. 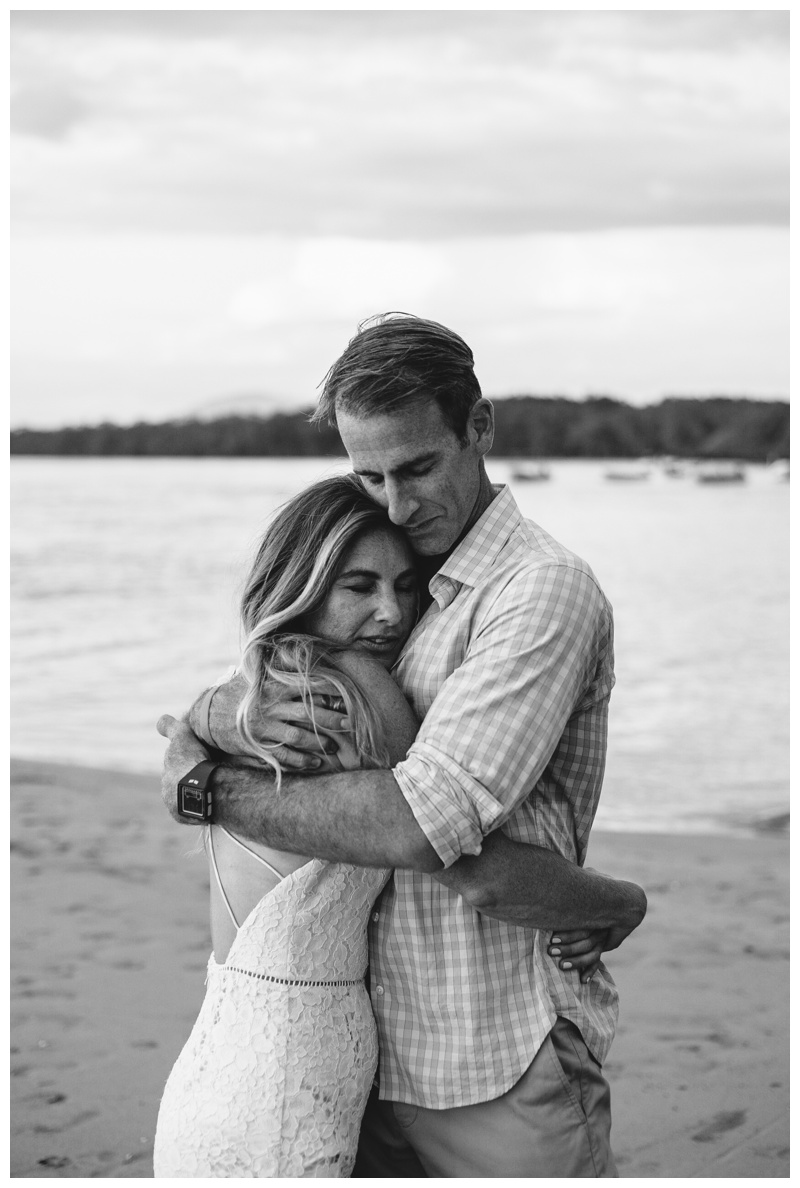 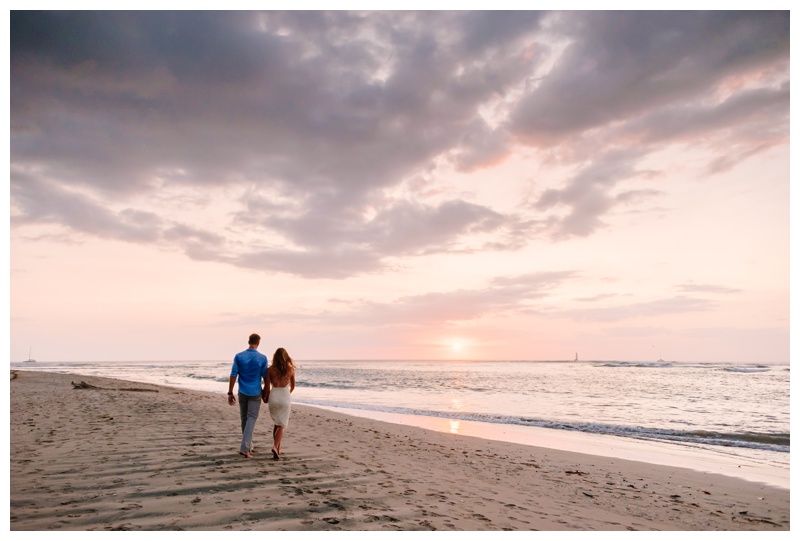 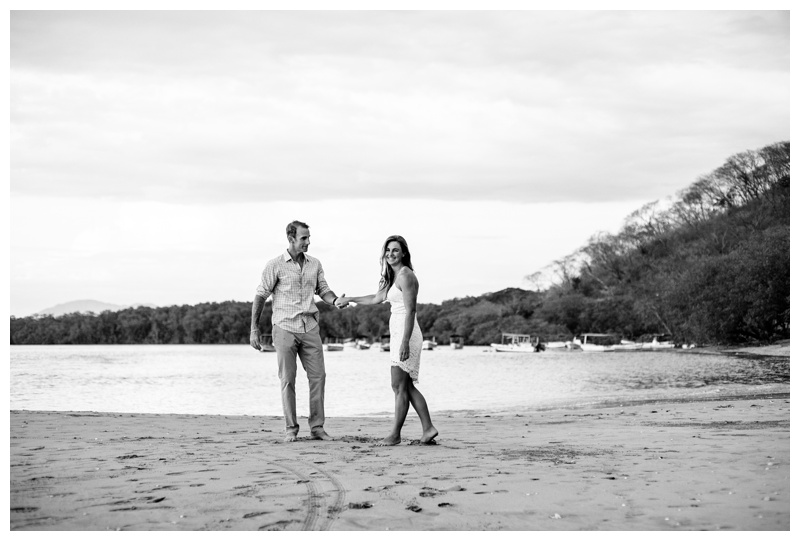 What Julie and Nick didn’t know was that these two residents of San Francisco, who had most likely crossed each others paths before in SF (they only lived four blocks away from each other and even went to the same gym!), were going to land in the same beach town in Costa Rica called Tamarindo. But, timing, place and being on the same wavelength is everything. So as the story goes, Julie and Nick’s paths finally crossed in Tamarindo. They shared a lot of similar interests, from surfing, fitness, tennis, and of course, having recently moved from San Francisco. Their relationship grew from friends to girlfriend and boyfriend. And as the years passed in Pura Vidadise, their relationship grew even stronger, starting their own fitness company together in Tamarindo, appropriately named Saltwater Fit, and even a move to San Diego for a year. 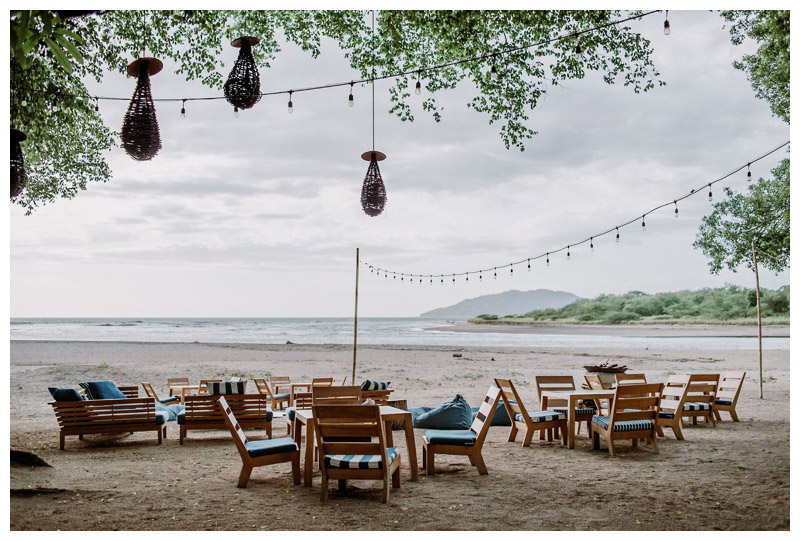 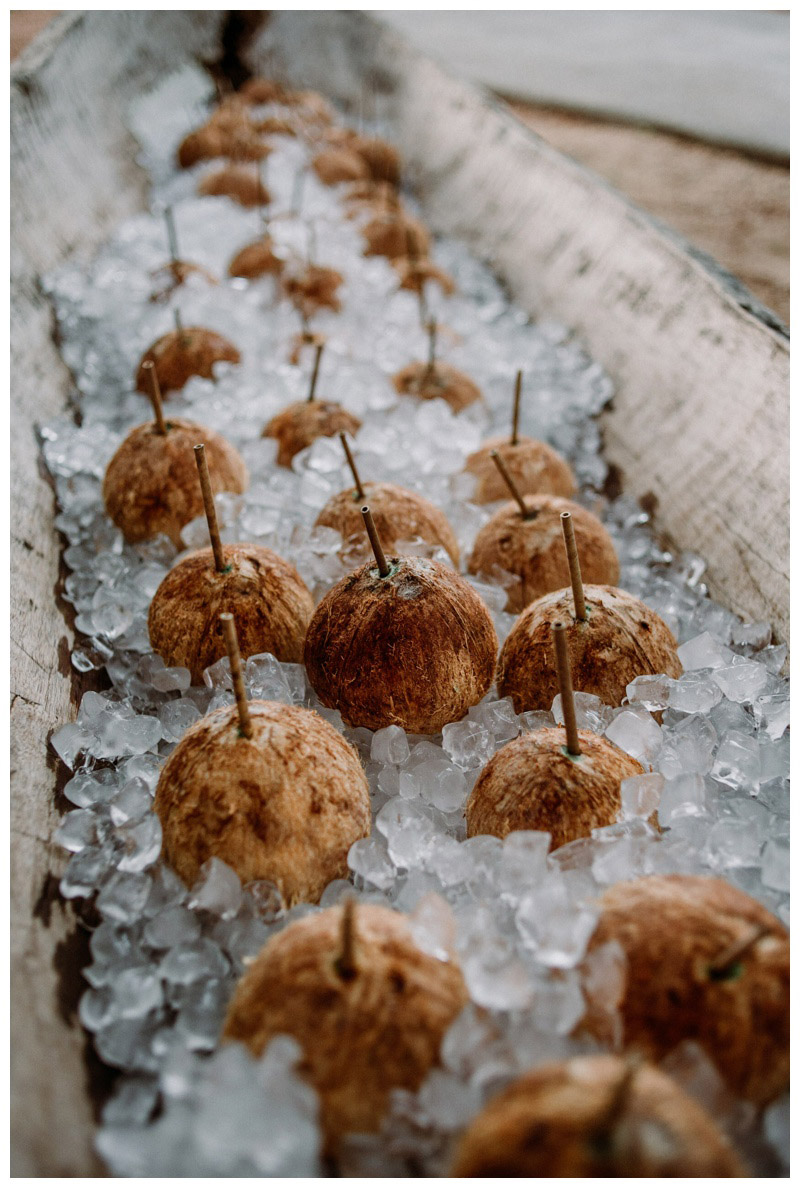 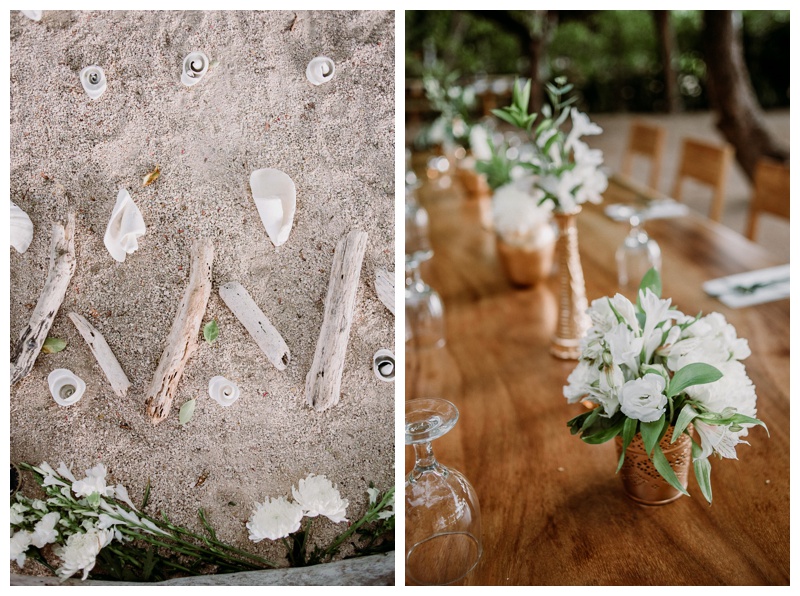 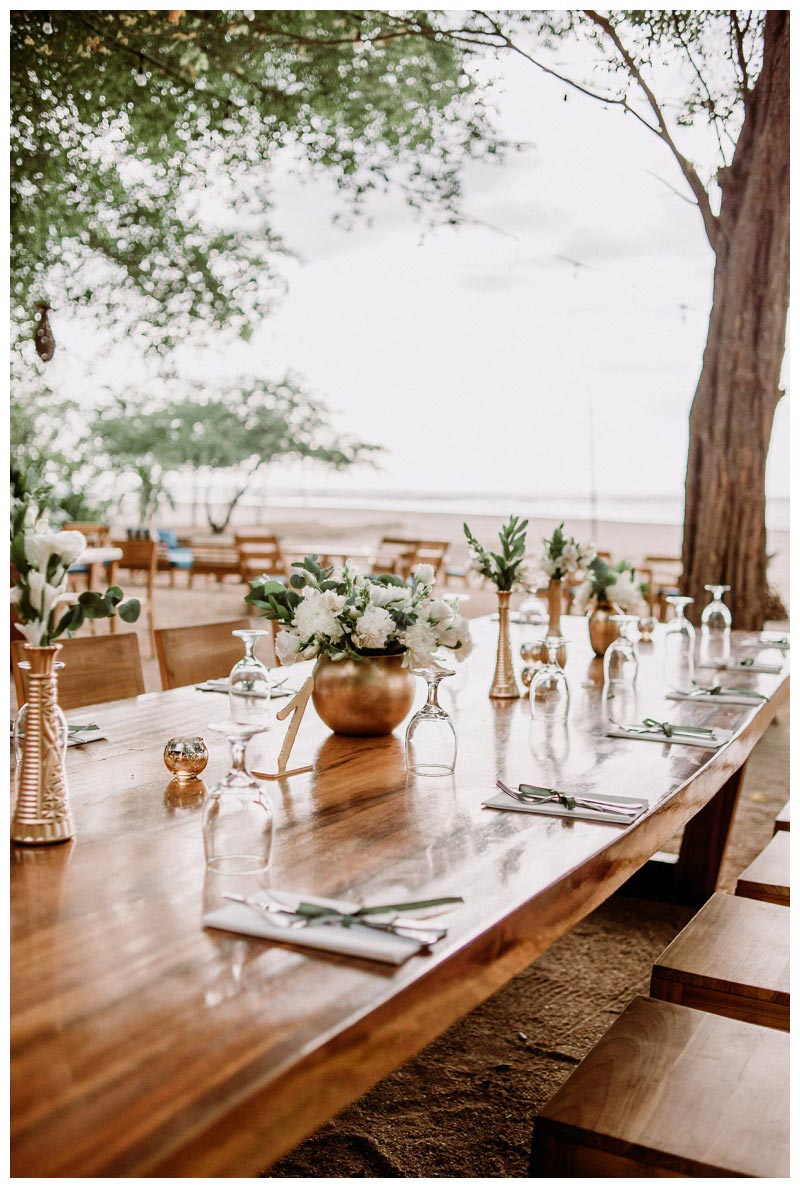 So with their great relationship foundation built over the years, when the moment came for Nick to ask Julie to marry him, it was just right and the perfect next step in their relationship. And what better places (yes, places!) to celebrate their union than by getting married at city hall in San Francisco, followed by a Pangas Beach Club wedding a couple of weeks later with their close family and friends? It’s funny how life goes full circle sometimes, huh?! 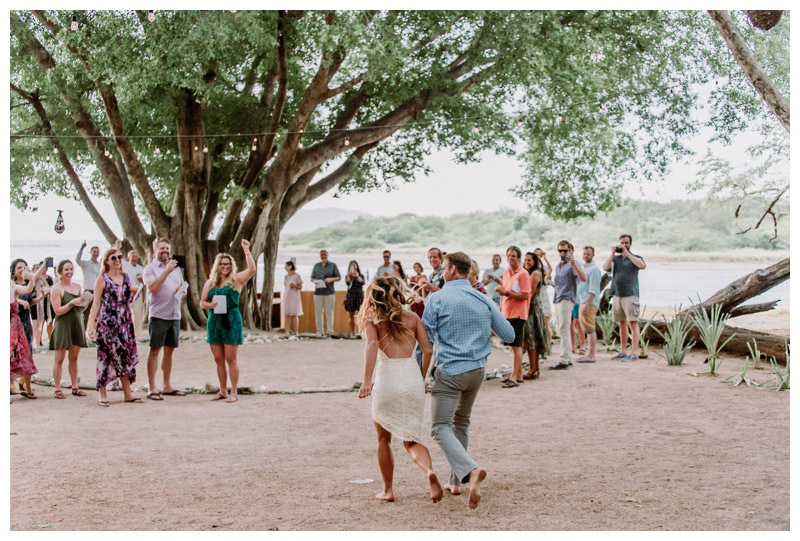 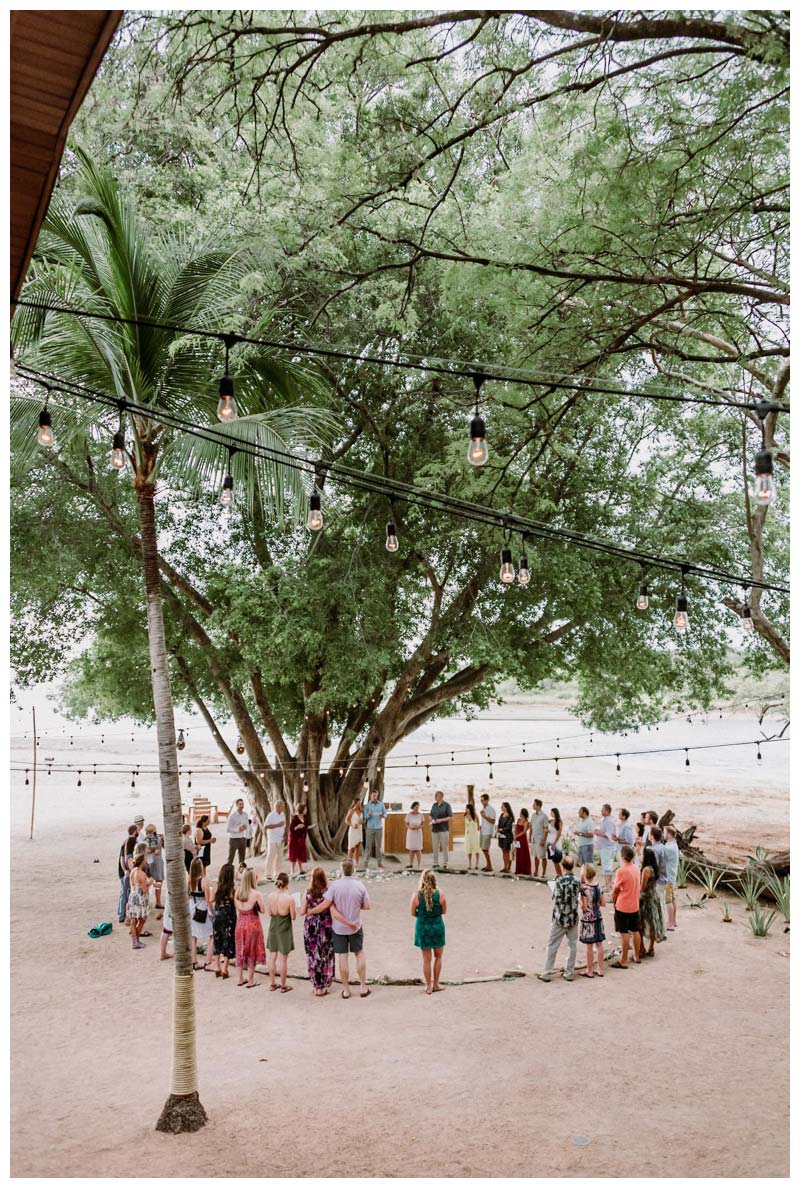 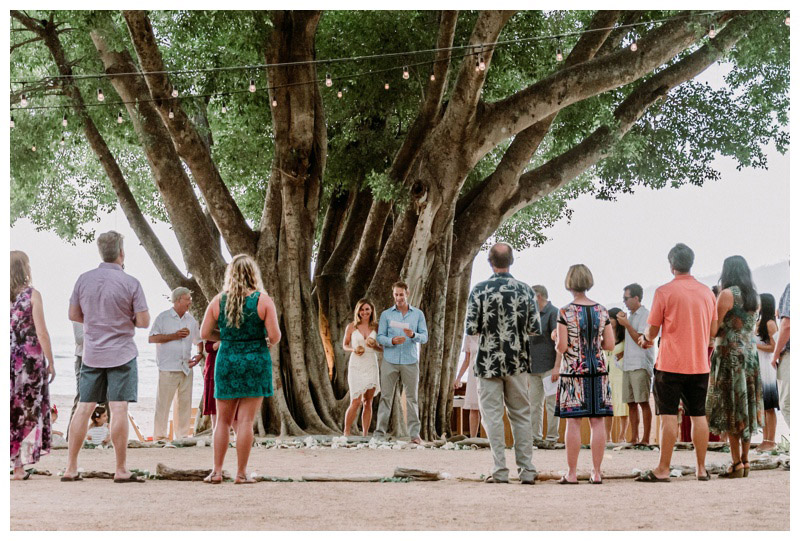 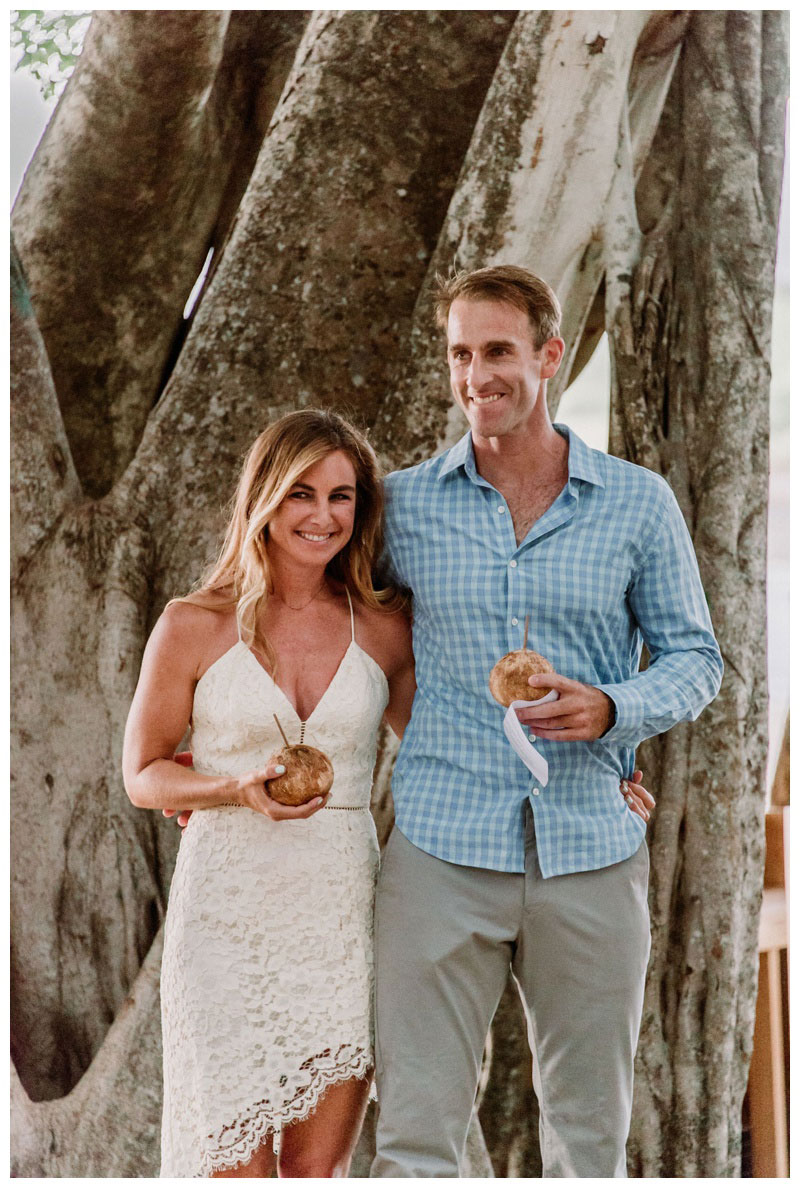 In total Julie and Nick style, they ran holding hands into their ceremony to Eye of the Tiger. Instead of a traditional seated ceremony, Julie and Nick decided to do a circle ceremony with their family and friends completing the circle. Beautiful words were spoken by both Julie and Nick’s parents and a shell was passed around the circle for their family and friends to pass on best wishes and good vibes to the newly married couple. After the ceremony, everyone enjoyed cocktails and appetizers as the sun started to pass over the horizon and light up the sky with beautiful colors. And after a delicious dinner and toasts, this group had one heck of a dance party thanks to DJ Teemor. Congrats you two! 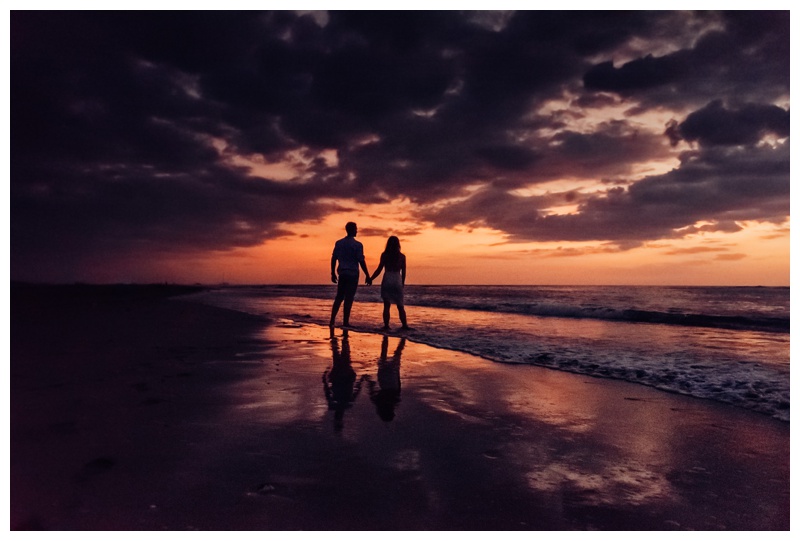 P.S. Thinking of a getting married on the beach in Costa Rica? Check out my Insiders’ Costa Rica Wedding Guide!
P.P.S. You’re ready to chat? YESSSS!!! – – I’m so stoked 😁😎🙌🏻!! Fill out the form below & my assistant Gidget the Chihuahua will let me know it’s time to catch a wave in from surfing!