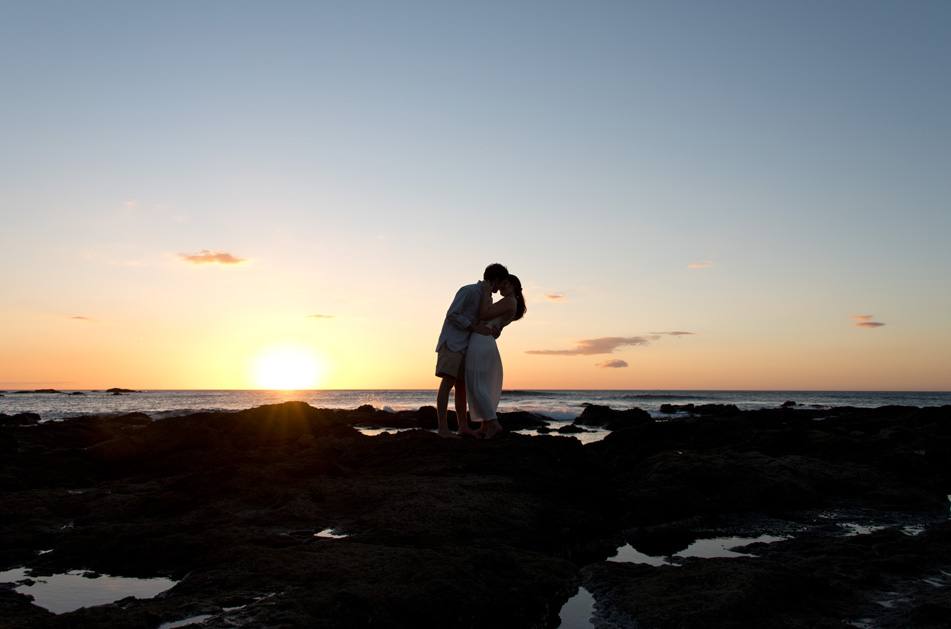 They met their Senior year in college at the University of Florida on a blind date, moved to Atlanta after graduation, and three years later Trey proposed to the love of his life, Michelle, on the last day of their vacation on the beach in Tamarindo, Costa Rica. Little did Michelle know that Trey had been planning and coordinating with me to photograph the surprise proposal for weeks. OK, Michelle kinda had a feeling that Trey was going to propose during their vacation in Costa Rica, but she didn’t think that he would make her wait until the last day!

Trey and Michelle started their trip in Costa Rica in the mountains in La Fortuna, then headed to the beautiful beaches in the Nicoya Peninsula of Costa Rica, from Montezuma, Mal Pais, to Santa Teresa. They made their way to Costa Rica’s second largest beach town, Tamarindo Beach, for the last two days of their vacation. All was going as planned for Trey until Michelle stepped on a nasty thorn AND had a minor case of heat exhaustion on the day of his planned proposal. But that didn’t stop Michelle as she had a feeling that the sunset walk that Trey was planning was going to be the moment. She went out and purchased a beautiful white dress (from one of my favorite stores in Tamarindo, Azul Profundo Boutique) and anxiously followed Trey on their sunset beach walk. 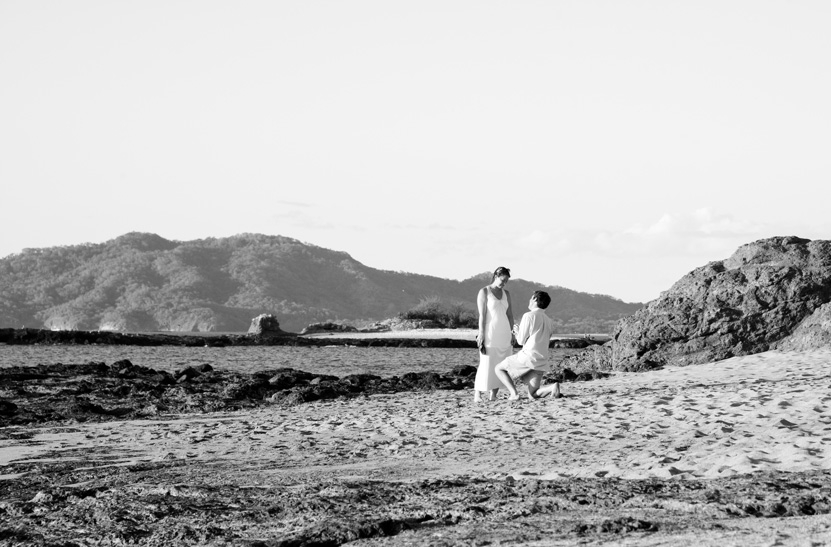 As Trey and Michelle rounded the point that connects Tamarindo and Playa Langosta, Trey dropped on one knee and asked Michelle the question that she had been waiting to answer. Michelle’s answer was quick and positively Y-E-S. The couple shared a beautiful moment dancing on the beach, and then Trey pointed down the beach where I was photographing. Michelle was giddy with excitement; not only had Trey proposed, but he also had arranged for their special moment to be documented, something that Michelle had mentioned to Trey. 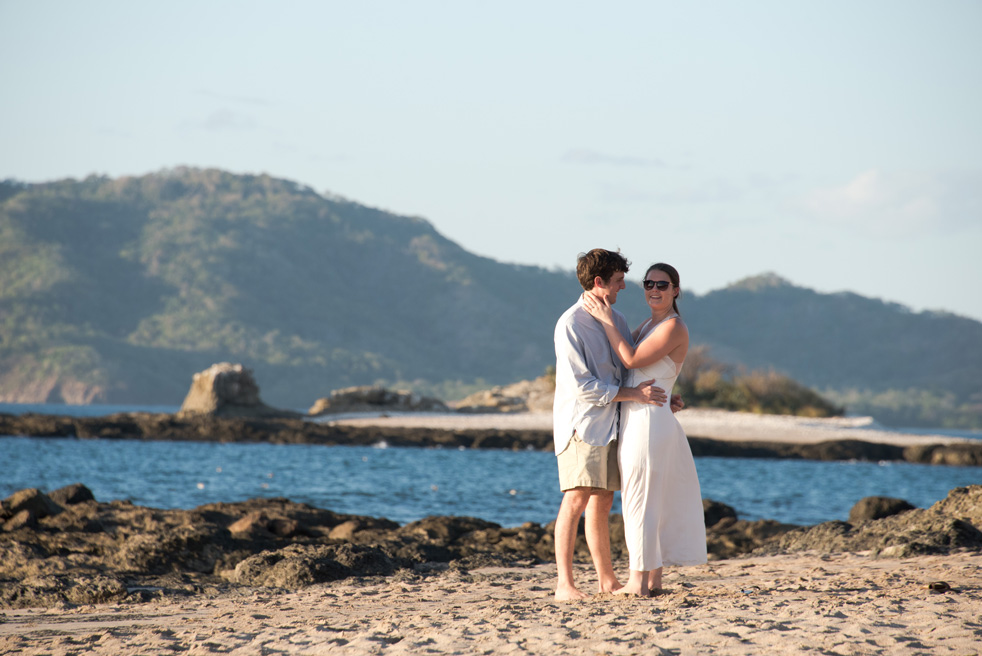 With the nerve racking part over, Trey and Michelle were beaming with joy during their proposal photo session on the beach in Tamarindo. Their love for one another was radiating, to the point where I don’t think I could take a bad photo of this beautiful couple! In the golden light before sunset, Michelle moved effortlessly in the arms of Trey and she even had a smile on her face every time Trey kissed her. 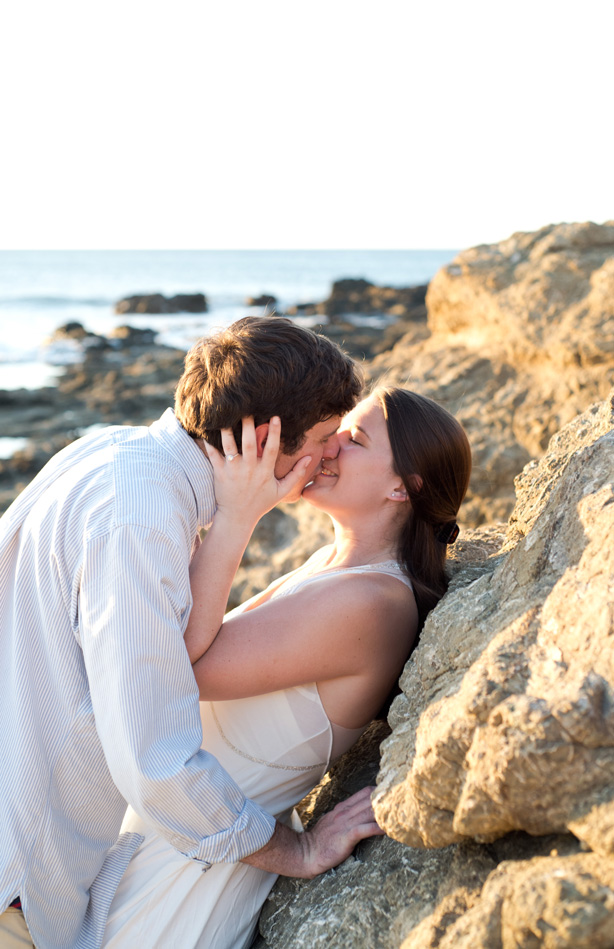 The couple ended up watching the sun set standing on the rocks of one of the low tide pools,  and just as the sun passed the horizon, Trey dipped his new fiancé for one last kiss.  Simply magical. 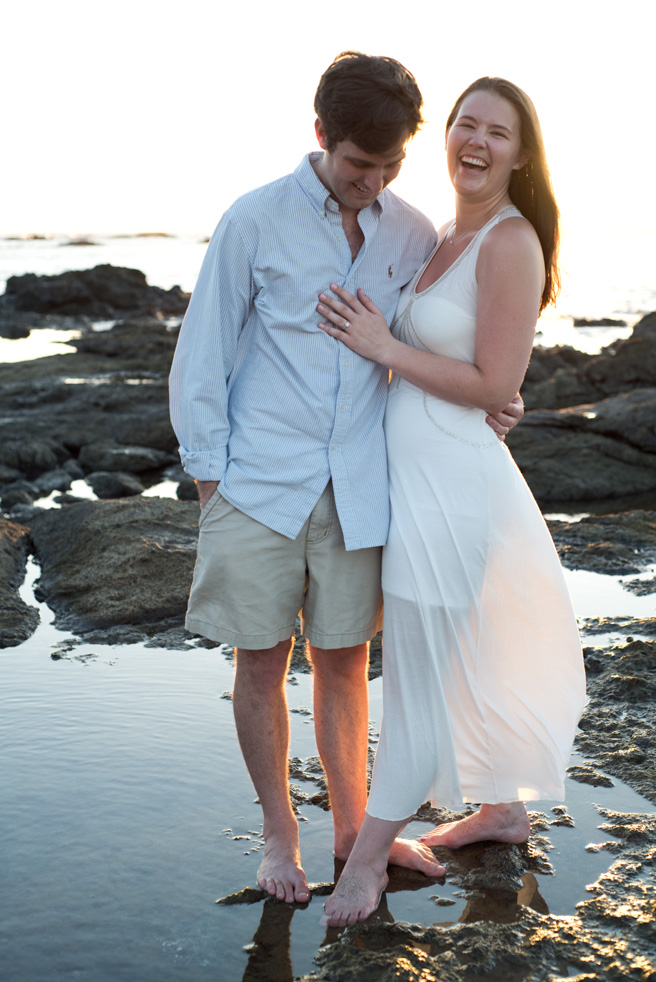