When Erin moved back to Colorado a couple of years ago, she decided to sign up for the online dating site, OK Cupid. She figured it would be a great way to go on some dates since she had been away from Colorado for several years. Little did she know that by signing up, Erin was she going to find the love of her life, Nate. Over five years has passed since that fortuitous match on OK Cupid – – as time as flown, the love between Erin and Nate has grown. And when Nate proposed, Erin couldn’t help but say yes. Forgoing a wedding back home in Colorado, Erin and Nate decided to go down to the courthouse and have a dual celebration instead, an epic honeymoon in Costa Rica AND a big party with their loved ones this summer. 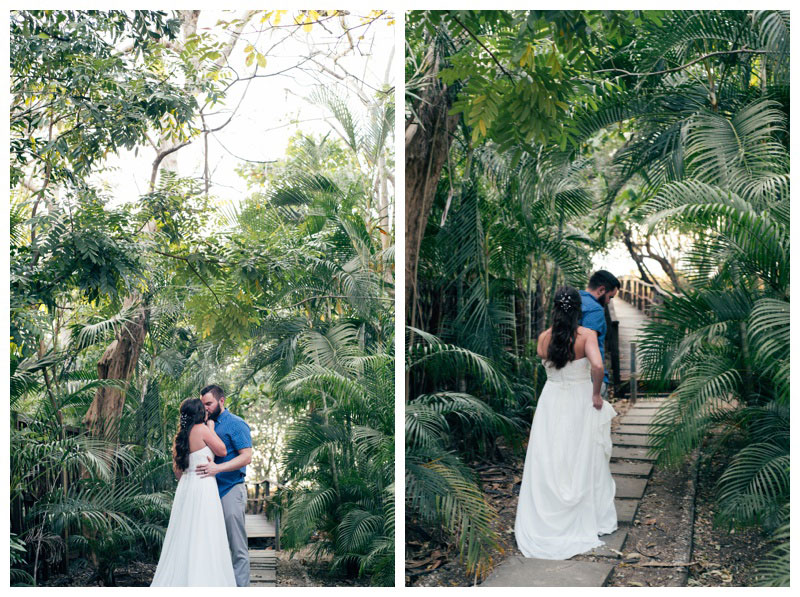 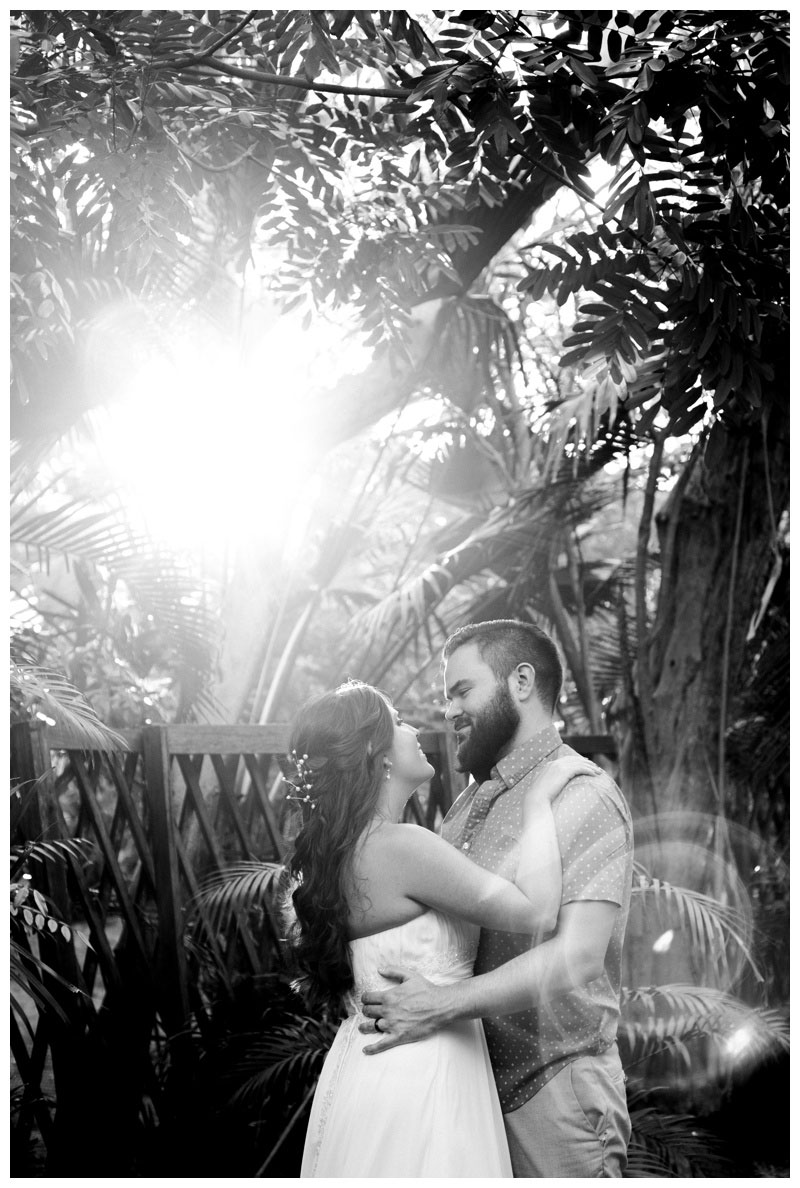 To say the least, Erin and Nate’s honeymoon in Costa Rica was an adventure filled two weeks. They started their Costa Rica honeymoon in the rainforest. They explored the hanging bridges, jumped in the waterfall in La Fortuna (despite the cold water temperatures!), and went river repelling, all before heading down to the beautiful beaches in Guanacaste, Costa Rica. Staying for a couple days at a B& B in Huacas, minutes outside of the hustle and bustle of Tamarindo, I met up with Erin and Nate for a golden afternoon honeymoon session on the beach in Tamarindo. 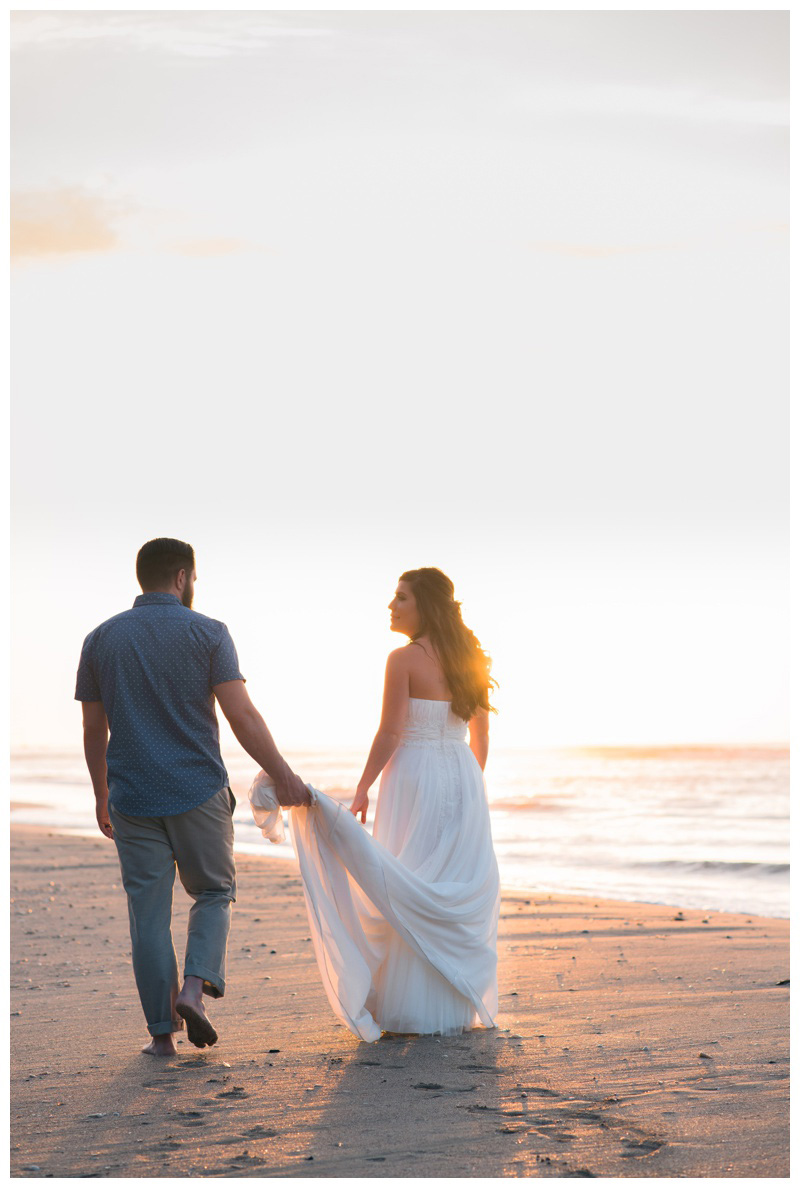 Erin was all dressed up in a beautiful wedding dress for their honeymoon photos – – she was simply stunning, with a magical hair and makeup touch done by Sam. And Nate was ever-so-dapper in an indigo blue with mini white patterned dots collared shirt + khaki pants. Even amidst all the hustle and bustle of a popular beach town, Tamarindo, we found a hidden beach pathways and had it all to ourselves.  How cool is this pathway to paradise?! And yes, that’s a Schooner sailboat sailing in the horizon in between Erin + Nate! After exploring the beach pathway, Erin and Nate headed to the beach to enjoy one of Tamarindo’s gorgeous sunsets. And the magic from the hidden beach path continued at the beach. Each session I ask my clients to walk down the beach 20 feet, stop, and then turn around and walk back towards me. I tell them they are free to do whatever they want while walking and I give them a couple of suggestions. I absolutely love watching and capturing what unfolds. To say the least, Erin and took these instructions to a whole other level – – my jaw literally dropped as Nate spun Erin around on the beach. The golden afternoon light, Erin’s dress fluttering in the air, the schooner sailboat, and Erin’s expression of pure joy was simply beautiful. 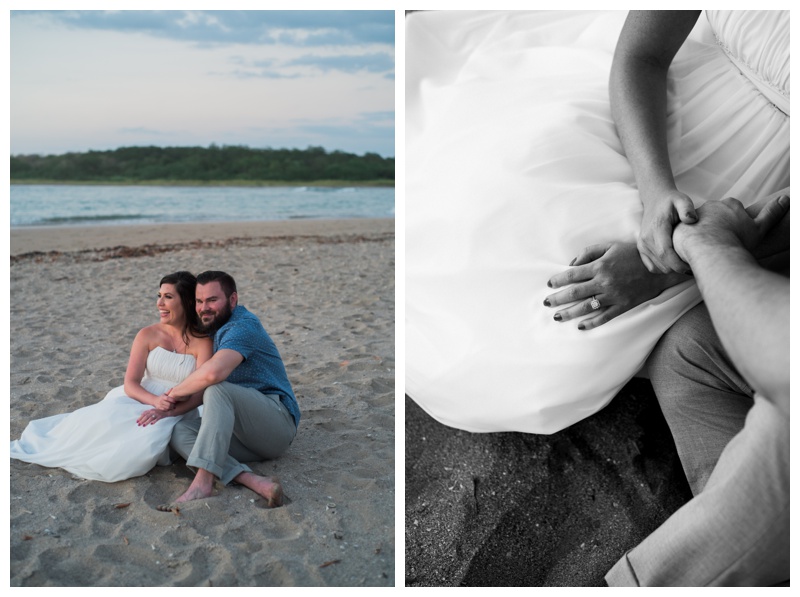 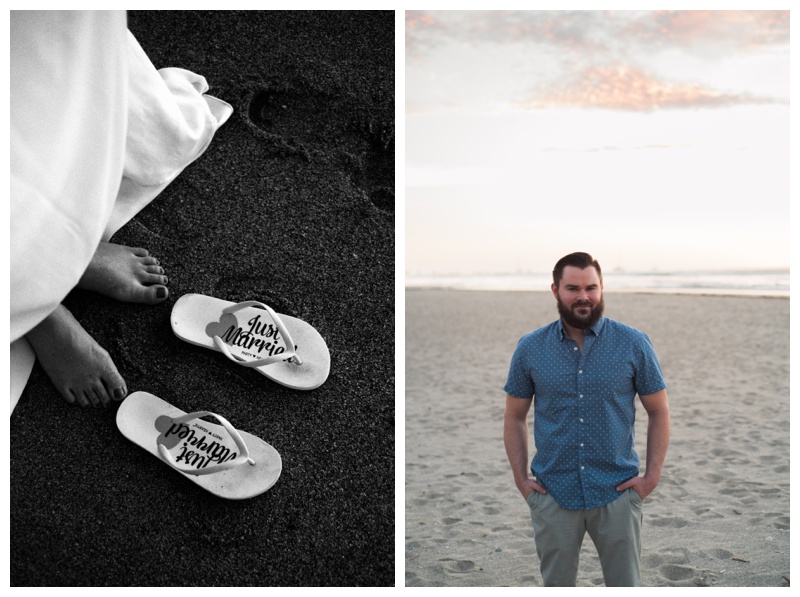 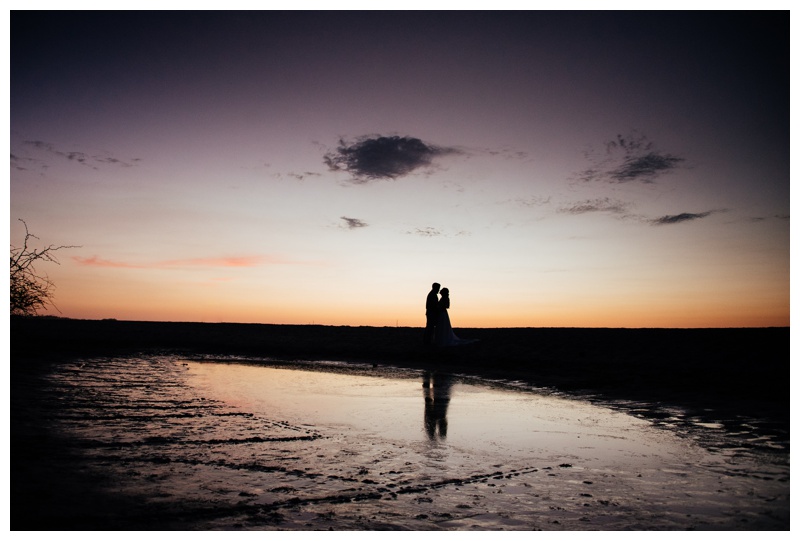 Erin and Nate, thank you for asking me to spend such a special afternoon with you!

P.S. Thinking of a honeymoon in Tamarindo Costa Rica? Check out my Top 4 Costa Rica Honeymoon Destinations for tips!