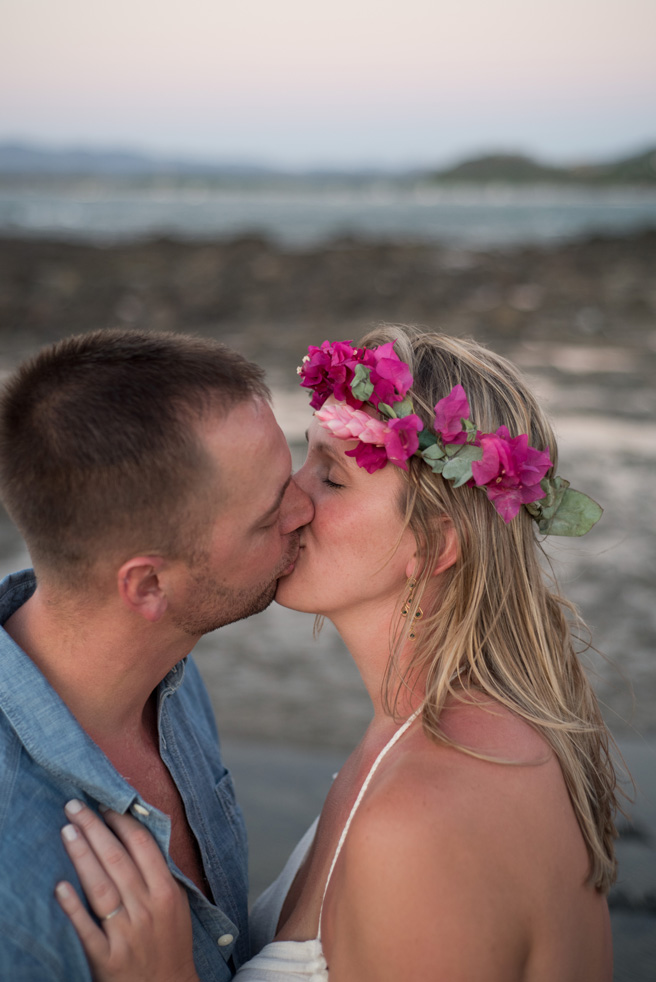 A first kiss in a bar’s back alley in Washington DC, four kids, one “velcro” Vizsla, and several states later, Mary and John celebrated their ten year anniversary last week in Tamarindo, Costa Rica. Despite the begging from their children (and probably from Gunner the Vizsla as well), the couple decided on an adults only get away, staying at the beautiful Jardin del Eden Hotel, centrally located in Tamarindo. In between exploring nearby beaches, relaxing at the pool, and a surf lesson at Iguana Surf, Mary and John decided to document their ten year anniversary with a couple’s photo shoot on Tamarindo beach.

Interestingly enough, the camera usually is on the beautiful floral arrangements that Mary creates back home in Texas for her floral business, Gypsy Blooms. But sometimes you just need to turn the camera around to celebrate a beautiful occasion. Especially when the photo session involves some kissing, according to John! Even after ten years of marriage, their love for one another radiated and their chemistry was beautiful to photograph.

AND be sure to check out Mary’s beautiful floral work via her website, Gypsy Blooms. Her services are available in the Houston, Texas area AND Costa Rica! Both the bouquet and bougainvillea flower crown were made by this very talented and beautiful woman!